Reuters: one of the survivors in a plane crash in Cuba has died in hospital

Earlier it was reported about three hours after the crash. 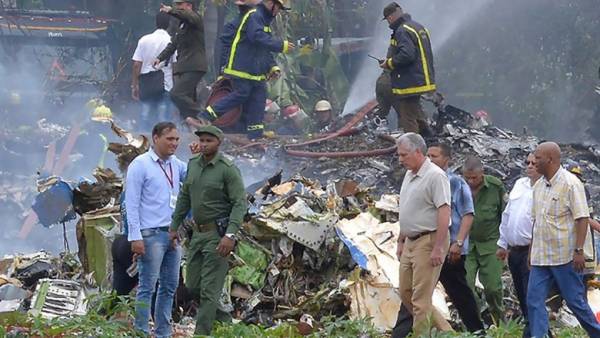 TASS, may 18. One of the three survivors in the crash Friday of the airplane in Cuba, died in hospital from his injuries.

This was reported with reference to the staff person, the Agency Reuters.

Two, according to him, are in serious condition.

Boeing-737 plane of Cuban airline Cubana de Aviacion crashed on Friday during takeoff at the international airport of Havana josé martí. The liner was made internal flight Havana — Holguin, on Board were more than 100 people.