During this time, deer, wild boar and beavers moved to the North, but many species have declined. 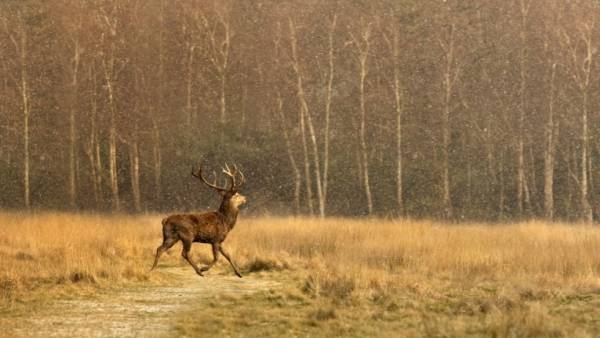 The Institute of biology, Karelian research centre of RAS has studied how varied habitats of large mammals in North-West European part of Russia in the last few decades. They compared the data of publications prior to 1975 (up to the XVIII century) with its own observations of the last years and came to the conclusion that many animals have mastered the territory North of their former habitats. Most of the changes in the distribution of species in the Northwest are caused by human activity. A scientific paper published in the journal Biology Bulletin. The work was supported by several grants, including a grant from RSF.

A comparison of the data showed that the habitats of animals listed in the last few decades has changed significantly.

So, if in the nineteenth century and 1940, the territory of distribution of the Fox coincided with the boundaries of the tundra on the Kola Peninsula, in 1967, she began to move to the South. However, by the early 1980s, the area in which breed foxes, was reduced to a small strip of tundra on the Kola Peninsula. This happened due to the fact that tourism and fishing near the coast of the Barents sea have become more popular. In addition, the increased number of ordinary foxes, and competition for food and territory between them and the foxes tightened.

If in the 1970s the southern border of the habitat wolverines had North of the Karelian isthmus, in the next 30 years the animals had retreated North because of competition with wolves and excessive hunting with the use of motorized tools and poisons. In the 1990s due to the decline in the economy the public interest in the production of skins have fallen thanks to what Wolverine has spread South-East, Vologda oblast, and their footprints began to find more and closer to the southern border of their area in the 1970s. Now the number of wolverines in the North-West European part of Russia is increasing due to the strict prohibition of hunting.

The number of Finnish reindeer from 1986 to 2014 fell, as their prevalence in Karelia and Arkhangelsk region. The herds become smaller, and if in 1986 in Russia was 7 500, immediately after that, due to the mining of iron ore near Kostomuksha, and the active development of the city many of the animals of this subspecies migrated to Finland. By 2008, the number of individuals of Finnish reindeer on the territory of our country does not exceed 3 000, and by 2014 had dropped to 2 400 head.

In contrast to the already mentioned types, common beavers in Karelia feel good. If in 1970 for the whole of Karelia, there were only 7 colonies, by the mid-1980s beaver colonies already had 95, and they lived in a total of 370 animals. The ordinary spread of beavers from the South to the North of the country continues, and in recent years there are more than 4 000. Their North American relatives, slightly larger canadian beavers, is also actively proliferate. From 1964 to 1984 on the territory of Karelia was released 270 animals of this species. By 2016 their number in the country has reached 15 000, on the Karelian isthmus in the Leningrad region — more than 1 000.

The spread of wild boars in the North-West of the European part of Russia began in the 1940s, and apparently continues to this day. They inhabit areas where intensive agriculture is carried out, and in the last decade in the warm season, their tracks regularly see in the Murmansk and Arkhangelsk regions. Approximately the same applies to deer. Spotted and white-tailed deer in the mid-twentieth century were quite numerous — they tended in the sanctuaries. With the collapse of the Soviet Union, these reserves virtually ceased to exist, and many deer have fallen victim to hunger and poaching. However, their number has increased in recent years.