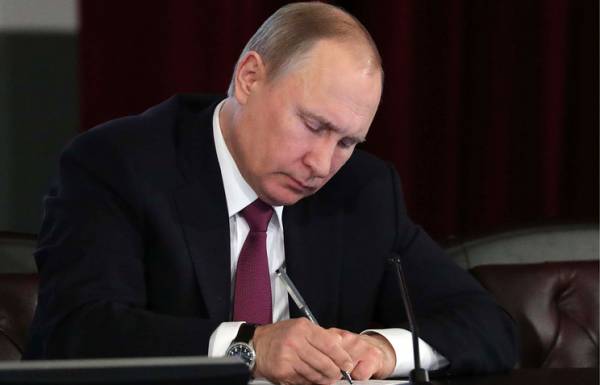 MOSCOW, may 18. /TASS/. The President of Russia Vladimir Putin has signed decrees appointing a new government. This was reported by the press service of the Kremlin.

In the list of Deputy heads of government were:

Earlier, on may 18 Medvedev announced Putin’s candidacy in the new Cabinet. At the meeting, the President noted that “it is known people, good experience, well-established in other areas”. However, he noted that “the need to quickly resolve issues to replace those of our colleagues who leave their former places of work.” The Prime Minister assured that all will be fulfilled, “and will soon introduce all new Ministers to the staff of their ministries”.