Media: at least eight students died in the shooting at a school in Texas

TASS, may 18. The victims of the shooting at the school in Texas were at least eight pupils, there are also victims. This was reported on Friday with reference to sources on Twitter, local TV channel KHOU 11. 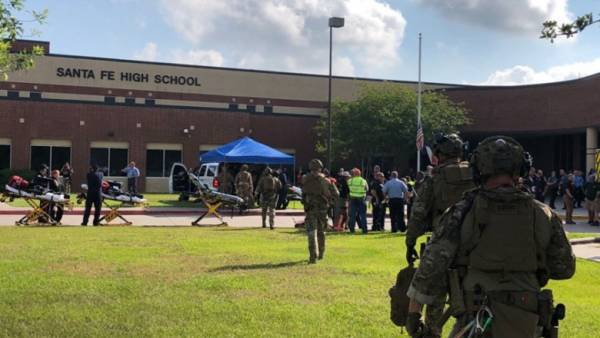 Earlier in Twitter, the press service of the Sheriff of Harris County (Texas) noted that the victims were a few people. “We assist the police of the city of Santa Fe in connection with the shooting incident at a local school, which killed several people,” — said in the message. In the office of the Sheriff noted that “victim assistance”, but the number of victims is not named.

Previously, the newspaper the Houston Chronicle reported that the gunman was arrested. About the motives of his action are not yet known.

As reported earlier on Friday, broadcaster CNN, an armed man entered and opened fire on the students. Several people were admitted to a local hospital with injuries. About their condition is not reported.

The school in Santa Fe has about 1.4 thousand people.

BREAKING NEWS: Suspect involved in a shooting at Santa Fe High School in Texas “has been arrested and secured” and injuries are reported, the school district confirmed https://t.co/sZuvdAlfHx pic.twitter.com/bFOjmkKaG8