WASHINGTON, may 17 — RIA Novosti. US Navy ready to defend from Russian ships with cruise missiles “Caliber” in the Mediterranean, but do not seek conflict, said Thursday RIA Novosti, the commander of the U.S. Navy in Europe and Africa and head of the joint command of allied forces in Naples, Admiral James Foggo. 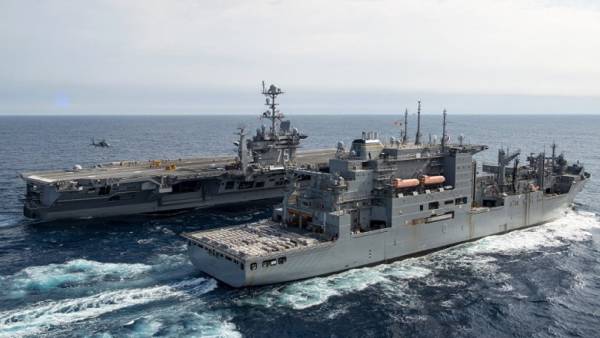 Earlier the President of Russia Vladimir Putin said that the ships with cruise missiles “Caliber” will bear a constant combat watch in the Mediterranean in connection with the threat of terrorist attacks in Syria.

“Our naval forces are ready and prepared to defend. However, we do not seek conflict with other forces operating in the region,” said Admiral Foggo, answering the question whether the stationing of Russian warships on a permanent basis in the Mediterranean sea to the American Navy, and will they take any measures in this regard.

“Our presence in Europe and the relationships built up over the last 70 years, giving the United States strategic access necessary to respond to threats to our allies and partners,” — said the Admiral.