TASS, may 15. Venezuelan President Nicolas Maduro has promised to fellow citizens to lead them to economic prosperity in case of a victory on presidential election on 20 may. This was reported by the Venezuelan news Agency. In recent years the South American country is experiencing an acute socio-economic crisis, inflation in 2018 is projected at 14,000%. 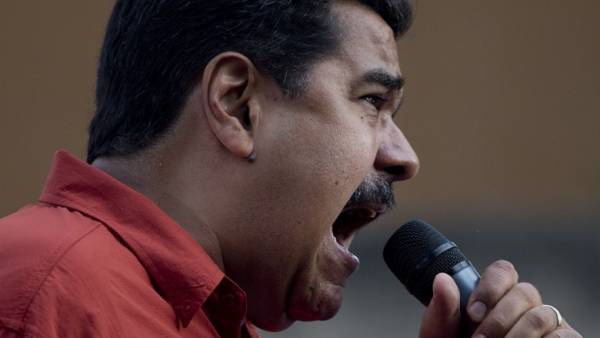 “I am psychologically, mentally and politically prepared to in that case, if you make me President of the Bolivarian Republic of Venezuela for the years 2019-2025, to get you on the path to growth, prosperity and economic revival of the Motherland, we will build it together with the help of a great economic revolution,” — said the politician. He also “swore” that will end with speculators and “economic mafia” and Venezuela will move “towards stability, to the economic world.”

The election campaign in the South American country began on April 22. For the highest office in addition to acting President Nicolas Maduro claimed by the representative of the movement “Hope for change” Javier Bertucci, Reynaldo of Cicada from “National political unity” and Henry Falcon from the party of the “Progressive vanguard”, which starred the independent candidate Luis Alejandro Ratti.

The largest opposition forces controlling the country’s Parliament, not participate in elections. Maduro had previously stated that voting will take place anyway, and the Republic will get the “legitimately elected President”. A number of States in the region, as well as Spain, have already declared that do not recognise results of voting.