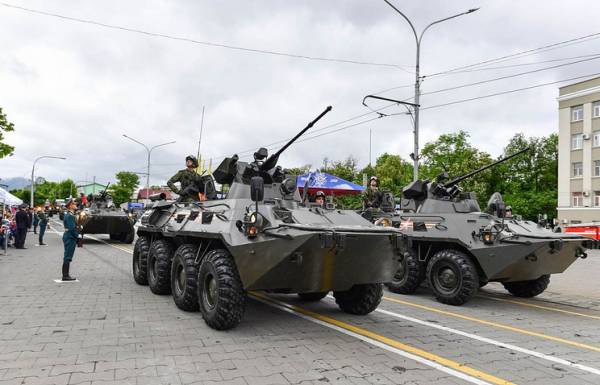 VLADIKAVKAZ, on may 9. /TASS/. More than 20 thousand people and 40 pieces of military equipment participated in the Victory parade in the city of military glory Vladikavkaz. TASS said Wednesday in a press-service of the MIA of North Ossetia.