The Secretary of the General Council of United Russia Andrey Turchak about the rebranding of the party and the ideas to revive political information. 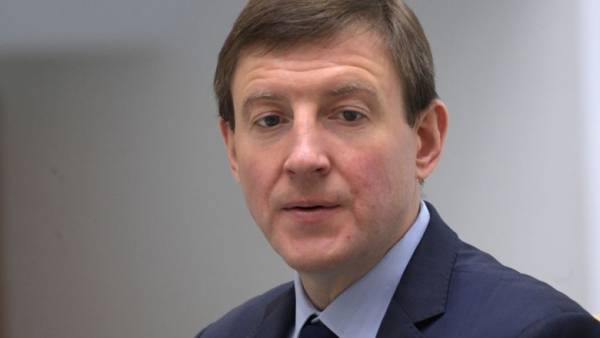 “United Russia” intends to develop a document for their supporters and voters, which will provide answers to questions about the ideology of the party, told “Izvestia” in an interview with the Secretary of the General Council of United Russia Andrei Turchak. According to him, citizens support the basic values of the party, but they have a request “on detail”. He stressed that the EP will change and the main point of the update is to effectively solve the problems of citizens and provide the breakthrough strategy, which was designated by the President.

— Since your appointment as the Secretary of the General Council “United Russia” took six months. What has been done during this period?

The main result is an efficient work of the party in the last General election in the country — the presidential elections. We were able to build and debug the activity of “United Russia” so that we not only indicated their support to the national leader, but made a number of important functions in the campaign: mobilization of party members and their supporters to conduct surveillance in the areas. This, in my opinion, the main result.

The most important is the fact that the EP began the process of renewal, primarily through partisan discussion about the role, place, and manner the party, its work. And this, in my opinion, one of the indicators that we have serious potential and we are able and willing to develop together with the country. But the absolute measure of all running innovations and debate in the party is the level of trust and support among citizens and, as a consequence, the results of the election. Decisions about the development of the party and its participation in the implementation of the President’s address, will be announced at the may party conference.

— Supported the regions you announced the rebranding of the party? What are the most frequent proposals for upgrading the “United Russia” come to you?

— Actually, this idea was born during trips to the regions at meetings with party members and our supporters. In each region, during each conversation theme development, upgrade, increase of efficiency of party work become essential. Of course, we have colleagues that have and so all is well. The personal stability and tranquility is perceived as universal. However, such complacency, I believe, is not what the party and the country. You cannot deny the success and political superiority of the “United Russia”, but let’s be honest with ourselves: we have work to do. View any research of sociologists on the problems within society and you will see that there is the same problem, which they say within the “United Russia”.

Today, we have the potential to present the authorities almost the entire spectrum of political and social requests of a huge social group who considers himself a supporter of Vladimir Putin, those who support his course. The movement from the “party of power” to the party of the “Putin majority”, in my view, accurately captures the long-overdue shift. This is the essence of rebranding, not about where to watch the bear the party emblem.

We decided with the regions and municipalities together to discuss the future of the party and its effectiveness, to start a General discussion, which thanks to social networks has really become national. Generally, the fact that party members, who each election campaign collect the wishes of the voters, for the first time openly discuss and formulate ideas about the future of the party cannot be underestimated. This is a reversal in the regions, this is what we believe is the key to the unity of the party. We are open and we are free to debate.

— Recently in mass media there was information that in the regions themselves party members want to make the “United Russia” analogue of the CPSU. Wrote about the regions ‘ proposals to recreate cells on the production principle and the system of political information. How do you feel about that?