That the Russian well, you must be in Cyprus. As immigrants from Russia settle in the island

Moved to permanent residence in Cyprus, the Russians in exchange for investing in the economy the money you get not only a bright sun and crystal clear sea, but citizenship, access to the rest of Europe, as well as the possibility to safely store their savings. Connections and influence in the new Russian Cypriots are rising. In addition they got their own newspaper, radio station and a political party. 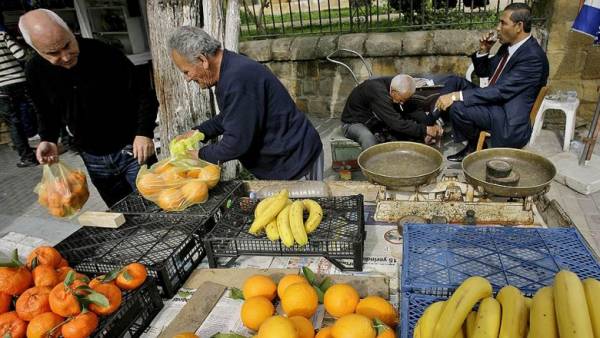 According to British newspaper the Times in a report from Limassol, the owners of fur and numerous jewelry stores situated along the city’s waterfront, refuse to discuss their affluent buyers, but signs in Cyrillic, speak for themselves. The few remaining on this quay of Irish pubs was taken in a dense environment of Russian travel agencies, offices, real estate and restaurants with Russian cuisine.

Limassol has become a little Moscow, according to The Times. Two-thirds of the 40 thousand citizens of Russia and the former Soviet republics, permanent resident of Cyprus, living in this city. And another 800 thousand come every year as tourists.

Local residents are not afraid. “The Russians travel to the us since 1992, since they change the political system”, — told the newspaper the Dinos Stavro, owner of the gift shop, House of Lace, the signs of which are duplicated in English and Russian languages. According to Mr. Stavro, 90% of his customers are Russians. “The economy of Limassol is dependent on them. Thank God that they’re here. To their best customers was the British, but now they are no comparison do not go. They spend here is much less, than Russian” — he said.

Local sellers take into account the specifics of the tastes of the Russians. In Limassol is not difficult to buy, for example, buckwheat, Russian chocolate and sour cream, not to mention vodka. According to Sylvia, who came from Poland and worked as a salesman, “if one Russian leaves Limassol — here comes another.” “I’ve been here ten years and never seen less of them now. They come here because there is a good weather,” she said.