CNN: trump asked Merkel how to behave with Putin 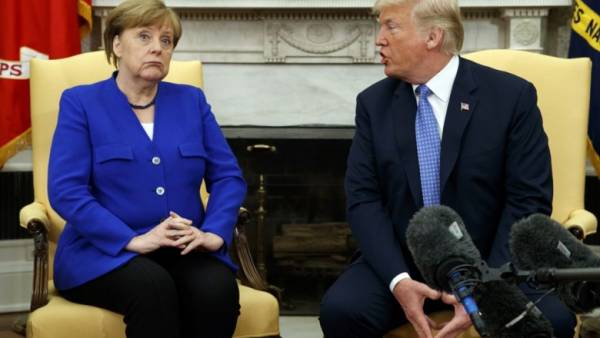 According to the journalists, trump raised on April 27, when they met with the Chancellor in Washington. What tips the American President gave Angela Merkel is not reported. In any case, trump rarely listens to the advice, noted.

Sources told CNN that the meeting between the two leaders held a tete-a-tete, was “calm,” a trump “behaved properly”. The American leader “was upset about something”. During the meetings repeatedly raised the issue of the large trade surplus of Germany and the defence expenditure of the country, which remain below the recommended NATO threshold.

Earlier it was reported that Merkel and trump discussed “the behavior of Russia” and anti-Russian sanctions and a nuclear deal with Iran.

The Chancellor invited the President of the United States together to visit the homeland of his ancestors — the Kallstadt (Rhineland-Palatinate). Media believe that the way Merkel is going to remind Trump that with Germany it have a special relationship.