Investigators opened a criminal case about excess of powers of office during the construction of the insulator in relation to the Deputy head of the interior Ministry in the Krasnoyarsk territory Alexander Kuznetsov and the former Deputy chief of the rear of the interior Ministry Andrei Peruchini, told RIA Novosti the official representative of the regional Glaucus SK Olga Shamanic. 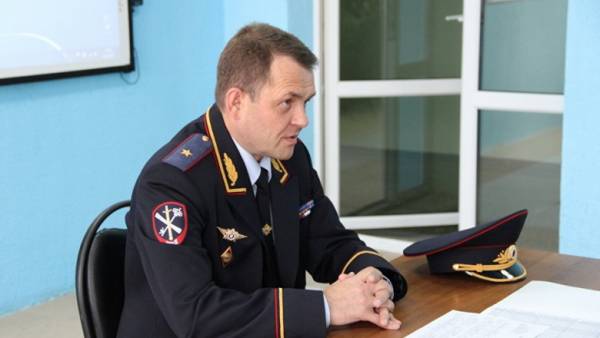 Earlier, the RIA Novosti source in law enforcement bodies of the region reported on the searches taking place in the Department of internal Affairs across Krasnoyarsk region. The occasion was a criminal case of abuse of office brought against the Deputy head of a Central Board Alexander Kuznetsov and the former Deputy chief of the rear of Andrew of Petroseni, the source said.

According to preliminary investigation, at the end of 2012 Kuznetsov and Petrochemi signed the acts of acceptance of work, which contained information on the actual backlog for the construction of the temporary detention facility of Department of internal Affairs of Norilsk. According to the UK just on the basis of these acts from the current account of the interior Ministry received more than 200 million rubles.

“After receiving these funds, the contractor paid for building work performed in the amount of approximately 190 million rubles. The temporary detention facility of the internal Affairs of Norilsk to the present is not built,” — said the Shaman.