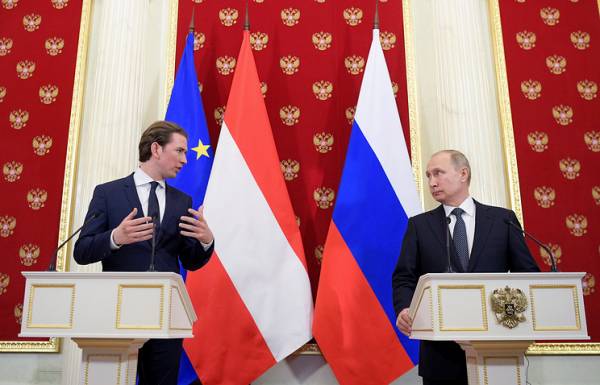 Federal Chancellor of Austria, Sebastian Kurz, and the President of the Russian Federation Vladimir Putin

MOSCOW, February 28. /TASS/. Russia will not endlessly tolerate the attacks of the militants of the East Guta, which are applied even by the Embassy and the trade representation of Russia. This was stated by Russian President Vladimir Putin on a press – conferences following the results of negotiations in the Federal Chancellor of Austria Sebastian Kurtz.