Jared Kushner has lowered the level of security clearance

Several employees of the White house, including son-in-law and senior adviser to the President of the United States Jared Kushner, has lowered the level of access to classified information. 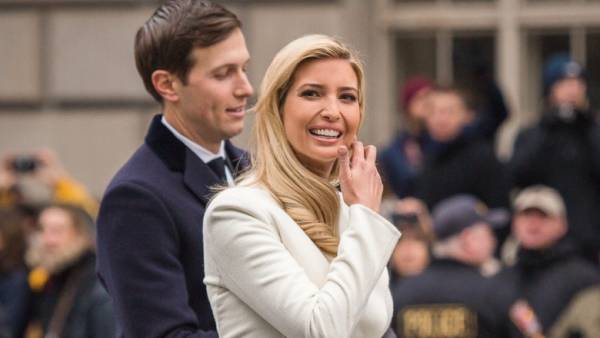 The tolerance level was lowered from “top secret” to “secret”. This was done by decision of the head of the White house of John Kelly. He ordered that those employees who have applied for permanent permission for a security clearance until June of last year and still didn’t get it because of the protracted verification of personal data, took their temporary permits, which was done.

Commenting on changes in the status of Mr. Kouchner, a spokesman for the White house Sarah Sanders said he was “a valuable member of the team” and “will continue its important work.” The head of the White house, John Kelly, expressed his confidence that Jared Kushner is able to perform “their foreign policy objectives, including the efforts on the Israeli-Palestinian peace process and the further development of U.S. relations with Mexico”, it is precisely these questions, among others, deals in-law of President Donald trump, as his senior adviser.

The validity of restrictions the White house has not disclosed. And while Mr. Kouchner will not be able to attend meetings to discuss issues of state secret, and will not receive the daily summary of intelligence.

Experts point out that Ms. Sanders is the obvious way disingenuous: to deal with the issues of relations with Mexico and the middle East regulation problems, not having higher top secret clearance, all the words of one expert, to swim, when one of the hands attached to the body.