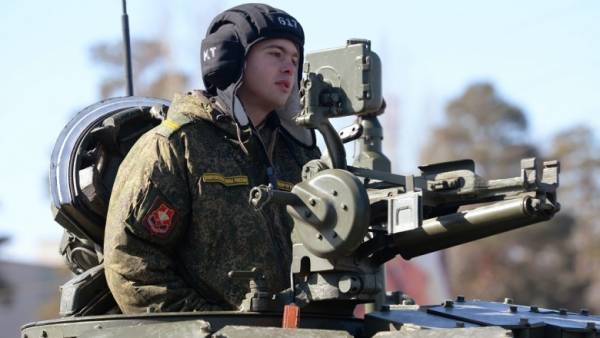 “Yes, the document signed by the President, — he answered the question about the fate of the new SAP. Is it a huge difference is that in recent months the project has been adjusted on the basis of the induction, obtained in Syria. There were more than 200 types of weapons and equipment. Robotics, intelligent systems, strike and reconnaissance UAV, the defense of aircraft against fire damage — it’s all there in the new state program”.

Need, said hunters beat a squirrel in the eye better expensive one aimed shot than a hundred blows indiscriminately.

Thus, according to Rogozin, it is impossible to close eyes to increase the power potential of NATO on the implementation of the US concept of “global strike”, the intention to place weapons in space and deployment of strategic nonnuclear precision weapon systems. “All this we will have a decent response,” he said.

Earlier it was announced that the new state armaments program, designed for 2018-2025 years, provides for the allocation of 19 trillion rubles on the rearmament of the army and Navy.