Accused of theft on the “Eastern” received real terms of imprisonment

KHABAROVSK, Feb 26 — RIA Novosti. All the defendants in the case of embezzlement at the Vostochny space centre has received real terms of imprisonment. 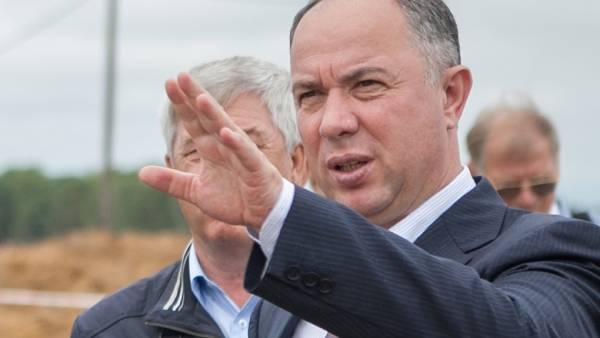 With Yuri Chrisman and Vladimir ashikhmina the court ruled 5,16 billion rubles on the suit of “Roscosmos”.

Their lawyers intend to appeal the verdict to the Supreme court. Defender ashikhmina said that the convicts have no such money. According to him, even if to sell all their property, the required amount is not reached.

The defendants were accused of abuse of authority while use of advances in 11 state contracts for purposes not connected with construction of objects of the cosmodrome. This resulted in losses to the state damage for the sum of 5,2 billion rubles.

The construction of the cosmodrome was accompanied by a number of criminal cases. So, in December the court made the decision on arrest of the head of one of the contractors. He is accused of receiving a bribe of one million rubles.

Repeatedly excited criminal case against contractors and subcontractors “Spetsstroy”. The head of one of the Contracting firms Vadim Mitrakov received four years in prison for the theft of 1.3 billion rubles for the construction of transportation facilities.

Another Kommersant, Anatoly Ryazanov, also received four years in prison. Together with accomplices it has stolen more than 1.1 billion rubles for the supply of metal.

The General Director of design Institute “Ipromashprom” Sergei Ostrovsky, according to the investigation, stole nearly half of the 143 million rubles allocated from the budget for construction of administrative complex of the spaceport.