Starts early voting herders and explorers on the election of 2018

MOSCOW, Feb 25 — RIA Novosti. Early voting in the elections of the President of Russia for voters living and working in remote and inaccessible areas of the country, workers of polar stations, as well as sailors who on the voting day, March 18, will be swimming, will begin in several regions of Russia since Sunday. 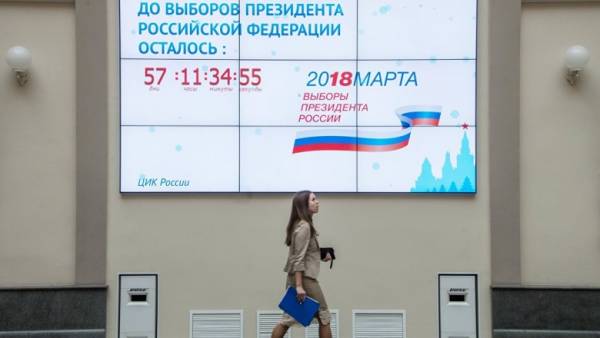 We are not talking about early voting in the classic sense of the word, when early can vote all voters, the Institute for Federal elections in Russia is not applicable in principle, but in campaigns at other levels its use is now greatly minimized and preserved only in municipal elections.

Traditionally early voting during Federal campaigns organized in several regions for small groups of voters who reside in distant places, go swimming, work on the polar stations, and therefore will not be able to come to the polling station on the voting day. Early elections of the President of the Russian Federation will be able to vote and Russians on some foreign polling stations, but overseas early voting will be possible until 2 March.

About 150 thousand people will be able to vote early.

The decision to hold early voting on the territory of a subject of the Russian Federation adopts the electoral Commission of the region concerned. According to the Russian Central election Commission, early voting in the present election will be held on the territory of 35 regions — mostly it’s the far East and the Northern territory. As told RIA Novosti in the CEC, early there will be able to vote about 120 thousand voters are shift workers, herders, miners, workers of beacons, the military, local residents.

Early voting for seafarers on ships that March 18 will be in swimming, held in 10 regions of the country, the CEC reported. Traditionally it is about a thousand ship of the polling stations and during Federal election campaigns, the vote, usually about 30 thousand voters, said the Agency.

Formation of electoral precincts in remote areas, at polar stations and ships, mostly completed by 16 January, but in exceptional cases, such sites can be created not later than 14 March. A similar time frame and to form sections on the territories of military units located in isolated, remote from populated areas.