Kuchma said that Ukraine was never a full-fledged state

The current position of the people of Ukraine is awful, and the debt reached 75% of GDP, said the former President, accusing in this situation, the power elite, and members of Parliament. 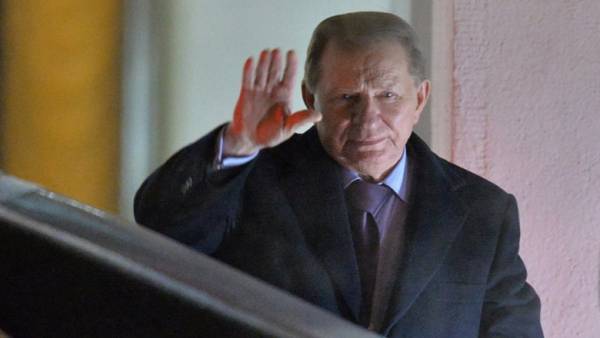 MOSCOW, 24 Feb — RIA Novosti. Ex-President Leonid Kuchma said that Ukraine was never a full-fledged state and the people of the country today is in a terrible position. His words leads “Ukraine.ru”.

Ukraine was never a state in the full sense of the word, and the present position of Ukrainians is terrible. 75% of GDP — our debt. It’s terrible. And who is to pay for them? If we do not give the international monetary Fund that declare a default?Kuchmacz Leonid, President of Ukraine

The politician is sure that such position of the country led Parliament and the ruling elite of the country. However, Kuchma noted that today, the politicians speak about the upcoming presidential and parliamentary elections, forgetting about the living conditions of the population and the state of the national economy.

In addition, as noted Kuchma, at last week’s Munich security conference Ukraine “was in the backyard.” “If it did not go to the President and reminded that we are on the European map, so probably would have forgotten. That’s scary. And that’s something you need to think,” he said.

Earlier, Kuchma expressed regret that the law on the reintegration of Donbass, signed by Petro Poroshenko, there is no mention of the Minsk agreements, and called the adopted document political.