SpaceX launched a rocket with the first satellites for Internet distribution

Moscow. 22 Feb. INTERFAX.RU Company SpaceX launched a Falcon 9 rocket with the Spanish Paz radar satellite for observation and two communication satellites Microsat-Microsat 2a and-2b in the framework of the test project Starlink for distributing Internet. 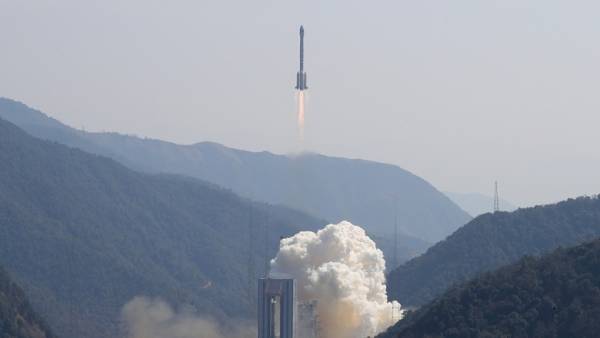 By 2024, the company plans to create an orbiting network of thousands of satellites with average speeds up to a Gigabit per second, which should ensure full Internet coverage for the entire surface of the Earth.

On a project of the global distribution of Internet Starlink SpaceX is working with the end of 2014. Just orbit plans to deliver 12 thousand units weighing from 100 to 500 kg.

Starlink is designed to correct the problem with the excessive signal delay, typical of satellite Internet. Now the devices up to the altitude of 40 thousand km that can cover half the planet, but still affects a large distance between the satellite and the antenna.

In 2017, SpaceX announced its plans to organize a group of 11943 satellites weighing from 100 to 500 kg, is relatively light and cheap machines. The cost of the project, according to the company, will amount to $10 billion, but after a year of work income may reach $30 billion.