The humanitarian crisis in Venezuela may exceed Syrian

As stated by experts at the Brookings institution in Washington, the refugee crisis that is unfolding in Venezuela, maybe in the near future in scope to outperform those that took place in Syria. From Venezuela, where there is an acute shortage of food and basic medicines, growing infant mortality rates, and the government refused to pay on the national debt, already ran 4 million people, and this figure is expected to grow. 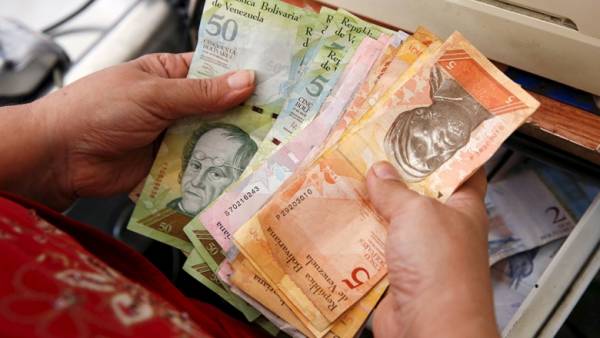 As noted in the publication economist at the Brookings institution, Dany Bahar, the refugee crisis in Venezuela is the most serious in the Western hemisphere in modern history. And behind him is not a war, as often happens in the world, and the collapse of the economy and the social sphere. According to some estimates, in recent years, from Venezuela in search of a better life ran to about 4 million people, or 10% of the population. For comparison, all for the Syrian war have left the country of 5 million Syrians.

The most common reason, forcing Venezuelans to flee the country, is the lack of funds to buy food and medicines, which people simply are starving and dying from easily treatable diseases.

Already common for Venezuelans began to look for his food in the trash, and, according to experts, about three quarters of the population on average lost weight up to 10 kg, and the infant mortality rate only in one of 2016 has increased by 30%.

Since in 2014, plummeting oil prices, which were the main source of income of Venezuela, the economy contracted by more than 30%. In the oil industry and the manufacturing sector as a whole collapse, the Venezuelan government can’t pay off foreign debts, inflation by the end of 2017 reached 2616%.