Lavrov: the law on the reintegration of Donbass crosses the Minsk agreement

The signing by the President of Ukraine Petro Poroshenko law on the reintegration of Donbass leads away from the fulfillment of Minsk agreements and attempts to cross, told reporters the head of Russian foreign Ministry Sergei Lavrov said after meeting his Slovenian counterpart Karl Arabicum. 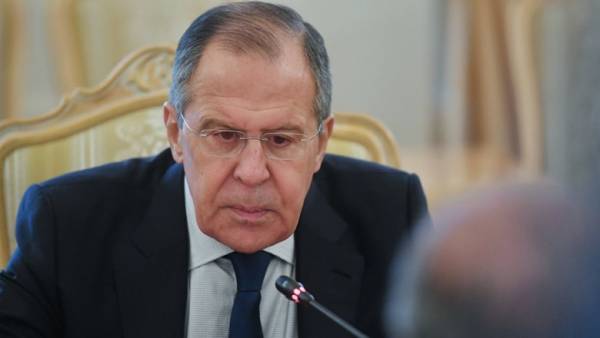 “We hope that in the West, especially in Berlin and Paris as the capitals of the countries participating in the “Normandy format” understand that the last step of the Ukrainian leadership lead away from fulfillment of the Minsk agreements and are trying to cross. I mean, first of all the so-called law on the reintegration of Donbass, which permits and even encourages the use of force to restore the territorial integrity of Ukraine. We believe this is absolutely unacceptable,” Lavrov said.

Poroshenko signed the document on Tuesday. The document called Russia “an aggressor”, and uncontrolled Kiev territories “occupied.” The Russian foreign Ministry earlier called the approval of Ukraine about the occupation of “unsubstantiated public insinuations”. In the self-proclaimed LNR called the signing by the President Ukraine the law on the reintegration of Donbass belated attempt to legitimize the violence in the region, the DNR — an attempt of Kiev to legalize the use of the army against civilians.