In the houses of security officers disappeared half a billion. In the construction of housing for employees of the FSB stole and abused

As it became known””, in Sochi detained General Director of FSUE “Caucasian military construction” Department of the FSB of Russia Sergey Zavertkin, who is suspected of abuse of authority during implementation of the contract with the UK “invest Victoria” in the construction of houses for security officers. According to investigators, Mr. Overtakin made a payment of advances that exceed the agreed limit, of which 550 million rubles were stolen. An accessory to the theft of Michael lyagin Russia gave Spain. 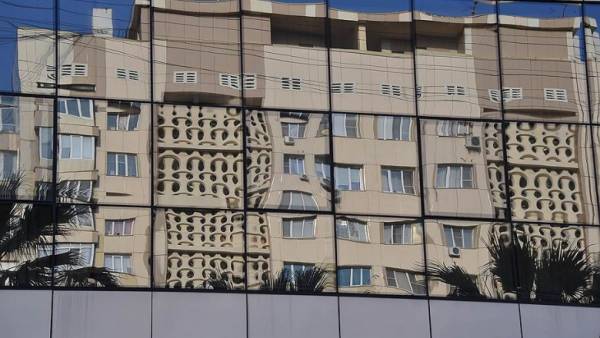 Main military investigation Department of the TFR opened a criminal case on the illegal disposal of FSUE “Caucasian military construction Department (GUS)” FSB of Russia in the construction of housing for employees of the FSB in Sochi. The Director of the enterprise Sergey Zavertkin was arrested in the resort city on suspicion of abuse of office (article 285 of the criminal code).

Informed of the Moi for the Krasnodar territory of the same incident filed a case about swindle in especially large size (part 4 of article 159 of the criminal code), as defendants had been attracted by the former Director of construction company “UK “invest Victoria”” Mikhail Lygin and former Director General of the company Andrey Simonov. Mr. Lyagin declared wanted in 2015, was detained in Spain in February 2016, and yesterday at the request of the Prosecutor General was handed over to representatives of Russian law enforcement agencies that were soon to take him from Madrid to Moscow.

According to sources, “b”, in a criminal case we are talking about the construction of the second and third phases of the residential quarter in Sochi, on the street Gastello. Customer — FSUE “Caucasian GUS” the FSB has concluded with the UK “invest Victoria” two treaties on 611 million and 600 million rubles for the Terms of delivery of objects in operation was thwarted, after which the FSUE demanded in court the return of unearned advances at 208 million and 296 million rubles, respectively. In November 2014, the claims were satisfied, “invest Victoria” did not challenge the judicial decision, but also to pay for bailiffs refused. Without waiting for a refund, the leadership of FGUP has addressed in law enforcement bodies with the complaint of fraud, resulting in a police criminal case.

According to investigators, Mikhail Lygin and Andrei Simonov intentionally has not fulfilled its obligations under the contracts and stole money FSUE “Caucasian GUS” FSB totaling more than 550 million rubles. furthermore, the accused Lyagin, according to the investigation, made a number of deals for the legalization of stolen funds to 390 million rubles.

In January 2016, Andrey Simonov was found guilty of fraud and sentenced to four years in prison.

As for Sergei Overtaken, now he was blamed for payment to the subcontractor advances, which exceeded the contractual 30% of the contract amount. These actions of the Director of the Federal state unitary enterprise, according to investigators, contributed to a further misappropriation of funds by unscrupulous market participants. Sergei Sovetkin admits his guilt. As it became known “Kommersant”, four of the five houses, which employ UK, OOO invest-Victoria station, currently in operation.