The U.S. government promised to be “tough” against Russia

Moscow. 21 Feb. INTERFAX.RU the President of the United States, Donald trump intends to continue to be “extremely tough” against Russia, said the press Secretary of the White house Sarah Sanders. 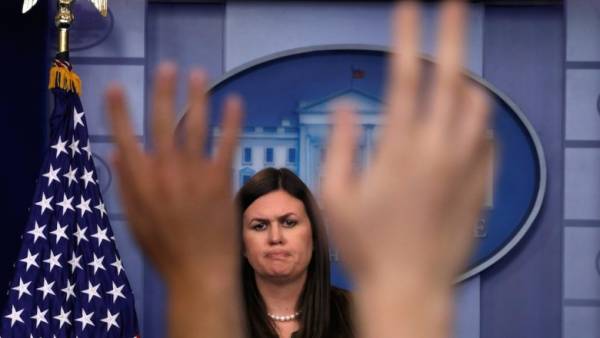 “In the first year he (trump — if) behaved more rigidly in relation to Russia, than (former President of the USA Barack — if) Obama in eight years. He imposed sanctions, (…), we’ve rebuilt our army,” she told reporters.

She also added that trump “has helped to provide energy exports to Eastern Europe”, “left and supported the sanctions imposed by the Obama administration”, “shut down three Russian diplomatic facility in the United States.”

He was extremely tough against Russia on different occasions and we will continue to do so.Sarah Interpress Secretary of the White house