Mercedes and Porsche: a source told the embezzlement of funds in the Theatre of Europe

More than 45 million rubles stolen during the construction of the new stage of Academic Maly Drama Theatre — theatre of Europe, was spent on buying luxury cars Mercedes-Benz Maybach and Porsche lease, and Lexus, told RIA Novosti on Wednesday a source familiar with the investigation. 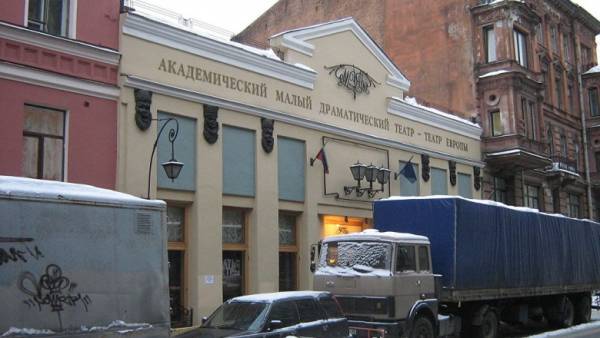 As reported in regional management of FSB of the Russian Federation on the fact of fraud, a criminal fraud case, several defendants were arrested. The money allocated from the Federal budget to design the new theatre.
According to a source, the contract was signed in December 2013 between the fgbi “North-Western Directorate for construction, reconstruction and restoration” and NAO “Theatrical-decorative workshops” for 146 million rubles under the Federal target program “Culture of Russia (2012-2018 years)”.

The investigation believes that, under the third phase of the contract were not met, and 45.5 million rubles, the full cost of this phase was abducted “persons acting on behalf of involved in the accomplishment of contract firms “Stroysoyuz SV” and “M-Project””.

“In particular, the money went to the personal enrichment of the participants in the illegal scheme, their acquisition of luxury goods, vehicles and real estate, including Mercedes-Benz S500 4 Matic Maybach, car leasing Porsche, Lexus and so on”, — said the Agency interlocutor.

The source noted that the lack of documentation, the development of which was paid in the framework of the state contract, led to the suspension of construction works on the new stage. Thus disruption of the normal production cycle “affects the state of the object, thereby causing the state an additional property damage.”

Currently FGKU “North-Western Directorate for construction, reconstruction and restoration” has been forced to re-bid for the development and production of technical documentation with a total value of 38 million rubles, with the result that the same work has actually been paid by the Ministry of culture twice, the source added.