Contractor “Stroysoyuz SV”, which appeared in the case of embezzlement during the construction of the new scene of the Maly Drama theater in St. Petersburg, owns the divisional ataman Cossack community “Cossack guards” Maxim Korneev, told RIA Novosti the head of the organization Yuri Bugaev. 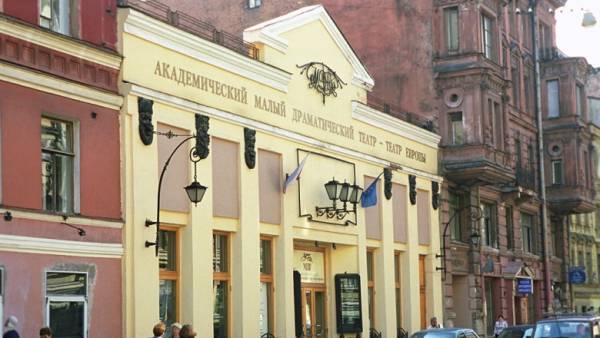 Earlier it was reported that the regional Department of the FSB instituted criminal case of fraud, a number of defendants detained. According to investigators, the stolen more than 45 million rubles, inherent to the design of the new theatre.

According to ataman Bugaev, Korneev is the public organization in 2010. In 2015, the bulls assigned Korneev position “ataman”. According to the interlocutor of the Agency, he knew Korneev firm engaged in the construction of a new scene MDT.

“A job like any other, we have a lot of builders (in the Cossack society), here there is nothing supernatural. I know some problems there, but how serious they are, I will not go into details,” — said Bugaev.

According to ataman, Korneev, “was a man who was engaged in the business” and “little attended a” Cossack society.

“He took part in the edition of the newspaper, but rather financial it all helped to organize. That is, his help was real,” — said Bugaev.

Comments pertaining to himself or his defense RIA Novosti does not have.

According to the RIA Novosti source familiar with the investigation, the contract for 146 million rubles was signed in December 2013 in the framework of the Federal target program “Culture of Russia (2012-2018 years)”. The investigation believes that, under the third phase of the contract were not met, and 45.5 million rubles, the full cost of this phase was abducted “persons acting on behalf of involved in the accomplishment of contract firms “Stroysoyuz SV” and “M-Project””.

The consequence considers that stolen money, said the source, was spent on buying luxury cars Mercedes-Benz Maybach, Porsche lease, and Lexus, as well as the acquisition of real estate and luxury items.