“Hunting” on the su-35: the Russian fighter jet surprises the world

Ten years ago was the first flight of a super-maneuverable fighter su-35. TASS — the history of creation, combat potential, and why this aircraft is often compared with foreign analogues. 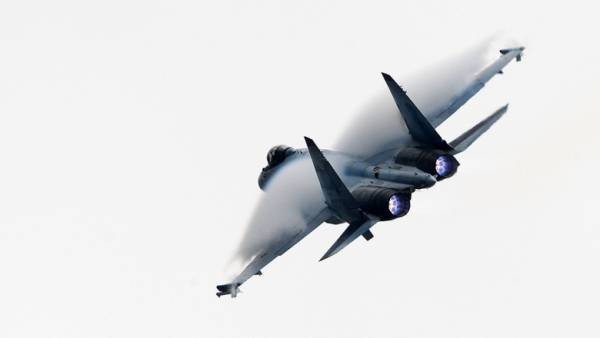 Serial su-35S began to be produced in 2011 in Komsomolsk-on-Amur aviation plant named after Yuri Gagarin, but the Russian army was adopted only last year. After the baptism of fire in the skies of Syria on the fighter began all over the world.

To date, I think it’s one of the best tactical aircraft in the world, he has no equal today in the air. Feedback from our pilots are the best results of the Syrian conflict. This car has a very big future.Yuri Borisovskiye of defense

Notably, under the symbol “su-35” since 1992, at the international air shows were shown a modification of the su-27. The modernized su-27M was created at the request of the military in the 1980-ies, but in the 90s their production was discontinued due to lack of funding.

The concept of a new multipurpose fighter (which had retained the name of su-35) was completed by the middle of 2000-ies. Work on the project in the experimental design Bureau (OKB) name Dry headed by designer Igor Demin. The new aircraft needed to substantially improve the weapon systems, make changes to the airframe and its powerplant. The company’s task was to ensure that the market promising military complex of the “4++” generation, able to respond to the increased needs of domestic military aviation and foreign customers. According to the memoirs Demina, machine with one pilot needed a fundamentally new architecture of the avionics — “it was the kernel, or if you want a rod for both avionics and aircraft systems”.

By the way, the idea of establishing information control system (ICS) for modern aircraft in the last year by order of the Chairman of the government of the Russian Federation Dmitry Medvedev to the group of employees of the company “Sukhoi” was awarded the prize in the field of science and technology. ICS originated in the research project of a fifth generation fighter, however it came to be that the su-35.

It was designed to fly and fight in such conditions where the “classic” fighter was unable to keep fighting.

This aircraft is now the most advanced fighter of Russian air force and apparently it will remain until the mass appearance of the su-57 (known as the T-50 PAK FA) composition of combat units.Victor Murakhovskiy editor of the magazine “Arsenal of the Fatherland”

The first flight model of the su-35 was assembled by August 2007. On the eve of the MAKS-2007 transport aircraft An-124 “Ruslan” he was taken to the airport LII im. Gromov in Zhukovsky, where after participating in the air show continued final stages of ground testing before the flight tests. In 2008, in the Moscow branch of NPO “Saturn” has successfully completed tests of all five engines of the “117S” of an experimental batch designed for su-35.

“Thirty-fifth” was a deep modernization of the tactical fighter su-27 with the aim of improving the efficiency of combat application on aerial ground and sea targets. According to the developers, the design of the su-35 was used the most successful technical solutions, used previously on the aircraft su-27 and su-30.

With the creation of the su-35 is retreated from the aerodynamic configuration with canards (like the su-33 and su-30MKI) and went back to classic (like su-27).

Design (basic elements of the fuselage, wing, empennage and chassis) strengthened airframe, increased maximum take-off weight of the machine. This gave the opportunity to significantly increase the amount of fuel (in internal tanks su-35 carries 11.3 tons versus 9.4 per su-27). In addition, the fighter can use external fuel tanks 2,000 litres each. The combat load has remained the same, as the su-27 — eight tons. The number of suspension units for mounting of high-precision missiles and bombs has increased from 10 to 12. Two — for placement of containers EW.