The head of Yakutia had an argument with Aeroflot

The head of Yakutia Egor Borisov announced that he had instructed the apparatus of the Republican government to provide a comprehensive and objective legal assessment to actions of flight attendants and crew, carrying out flight Moscow—Yakutsk on 17 February 2018. Mr Borisov added that, if necessary, is ready to file a lawsuit against the airline “Aeroflot”. The reason for this, according to the head of Yakutia, was an incident in which a flight was filmed by his assistant Eugene Shigapov. The latter soon brought to administrative responsibility for trying to break into the cockpit. 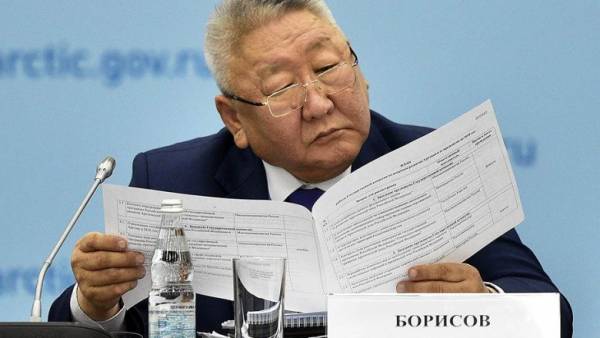 As explained on his page in Instagram Egor Borisov, after registration, airport staff forgot to give him and his wife boarding passes. “They brought later with an apology. But this time the flight attendant was enough to create tension and without any reason to withdraw from the flight my assistant. The misconduct of the crew of “Aeroflot” in respect of passengers from Yakutia has happened before. Requested the office of the government of the Republic to provide a comprehensive and objective legal assessment of the actions of the crew and flight attendants, if necessary, prepare a statement of claim”, — explained the situation to Egor Borisov.

Assistant to the President of Yakutia Eugene Shigapov tried to intervene in the situation, and as a result, the aircraft commander had decided to remove him from the flight. In the official comments of “Aeroflot” is your version of what happened. According to her, Egor Borisov, his assistant Eugene Shigapov and another passenger came in for a landing last with a lot of packages Duty free and carry-on baggage: “They categorically refused to show the flight attendant your boarding pass, “and expressed great indignation at the rules of the airline” and offended employees and the airline. They showed their certificate. Then Mr. Shigapov tried to go to the cockpit, not reacting to the comments of the crew. By the decision of the commander was removed from the flight, the delay was more than an hour”. The company stressed that they have the testimony of eyewitnesses.

It is known that against Eugene shigapova solves a question on excitation of administrative business under article 11.17 of the administrative code (violation of the rules of behaviour of citizens on railway, air or water transport).

According to the company “Aeroflot”, Mr. Shigapov has tried to solve the situation with the absence of boarding passes and waving of official documents and “verbal insulting” the crew and company. In addition, he for some reason tried to break into the cockpit.

It should be noted that expressive behavior characteristic of the new assistant to the head of Yakutia, for example, last year he already wrote the application in law enforcement bodies of the Republic in connection with rude behavior and assault and battery. Mr. Shigapov almost forcibly dragged, a local journalist from one of the meetings.

Meanwhile, in Yakutia in social networks and messengers a third version of the events. It follows from this that the cause of the conflict was the communication of Yegor Borisov with passengers-countrymen, which was conducted in the Yakut language and the annoyance of the crew. Version is distributed anonymously, citing eyewitnesses.