Egor Borisov and his assistant Eugene Shigapov was trying to get into the cockpit, the media write. 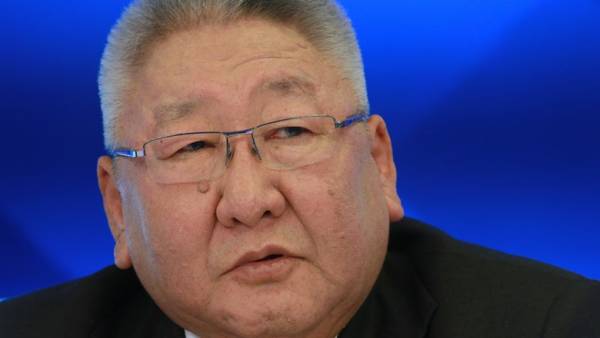 The head of Yakutia Egor Borisov was at the center of a scandal after a brawl on Board the plane at Moscow’s Sheremetyevo airport. According to the report about the incident, before flying to Yakutsk in the evening of 17 February Borisov was acting aggressive with the crew and the aircraft commander threatened with dismissal, citing friendship with the head of the Ministry of transport. Assistant Borisov Evgeny Shigapov distinguished “physical force” to the stewardess of “Aeroflot”.

Document with a detailed description of the incident published the Telegram channel, “the Kremlin rating”. It is said that Borisov and Shigapov didn’t follow the rules of conduct on Board, the essence of their future claims to the crew of the aircraft is not specified.

“Borisov E. A. was threatened by the commander of the aircraft by the dismissal, citing its “friendly relations” with the Minister of transport of the Russian Federation Sokolov Maksim Yurievich, tried to call the head of the Federal air transport Agency (Rosaviatsia. — Note. “The storm”) Neradko Alexander Vasilyevich, … showed on the screen of your smartphone contacts one of the leaders of the presidential administration of the Russian Federation and have made statements that call that will remove all the work”, — the document says.

Arrived on Board the staff of linear Department of internal Affairs was removed from the flight assistant of the head region, which, according to the report, attacked one of the stewardesses. Eugene shigapova delivered in a call center and then surveyed on alcohol and drugs. He appeared to be sober.

The head of Yakutia, the police left alone. Yegor Borisov spouse Praskovya, who also was in the plane, provided medical documents. It turned out that her husband is in need of rehabilitation after surgery.