In Yakutia, said DiCaprio that minus 60 — it is not an anomaly for Oymyakon

KHABAROVSK, 19 Jul — RIA Novosti. Forecasters in Yakutia understand the concern of Hollywood actor Leonardo DiCaprio for climate change in the region, but note that 60 degrees of frost for this area are the norm, told RIA Novosti on Monday the head of the Department of the Yakut UGMS Alexander Arzhakov. 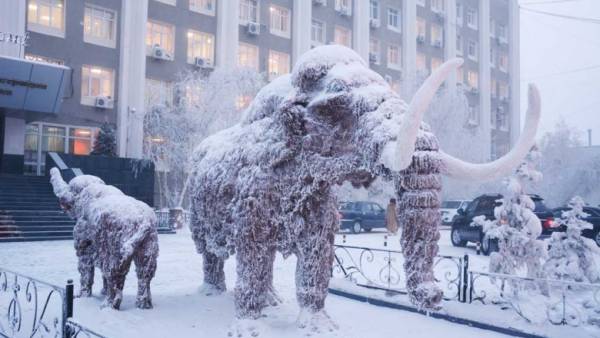 Earlier on the Fund Leonardo DiCaprio in Instagram post was dedicated to the cold permanently inhabited place on Earth — the village of Oymyakon in Yakutia. It tells that not so long ago in the village has recorded near-record temperatures — the temperature one night dropped to 62 °C. “Local people say that the frost was not such for 15 years. Climate change poses a real threat to people’s lives and lifestyle of the society”, — stated in the explanation.

According to arzhakova, Yakut weather forecasters share the concern expressed by DiCaprio about climate change in the region, but note that in the last decade here, by contrast, recorded warmer winters.

“This year, January was closer to normal, at the expense of the second decade — then it was colder by 3-5 degrees, but the first and third decade was above normal for temperatures,” he said.

Publication of the Leonardo DiCaprio Foundation (@leonardodicapriofdn) Feb 16, 2018 at 9:56 am PST

The expert noted that temperatures around 60 degrees are not extremely low for this area. He said that low this year, the temperature in Oymyakon was registered in the second decade of January was 60 degrees below zero. In the remaining days in mid-January, there was 55-58 frost, it is not considered an abnormally low temperature for the area this time of year. People have adapted to living in such conditions, the expert explained.

“Now the temperature in Yakutia to five degrees above normal for February. The rest of the week in the northeast of the region will be warm, especially on the Arctic coast. Warmer than normal by 4 degrees,” — said the source.