Zhirinovsky called on the CEC to cancel the registration of Grudinina

MOSCOW, 16 Feb — RIA Novosti. The presidential candidate from the liberal democratic party Vladimir Zhirinovsky believes that Russia’s Central election Commission should cancel the registration of the candidate from the Communist party Pavel Grudinina, as he allegedly did not provide information about the withdrawal of foreign accounts. 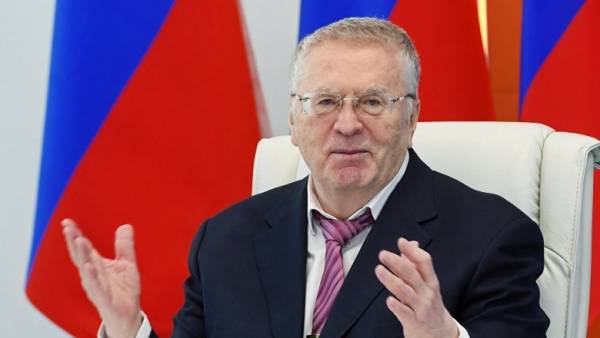 Running for President from the liberal democratic party Vladimir Zhirinovsky believes that the Central election Commission shall cancel registration of the candidate from the Communist party Pavel Grudinina.

In his opinion, Grudinin did not provide information about the withdrawal of foreign accounts.

“When I found a discrepancy in my documents, I have canceled the registration. And what we here head to fool? If there is no reference on the closure means, false information,” — said Zhirinovsky, immediately assuming that the registration Grudinina, the CEC will not be canceled.

The LDPR leader also said that the CEC does not deprive Grudinina candidate status because of the “threats” Chapter of the Communist party Gennady Zyuganov.

Earlier it was reported that Grudinin did not provide to the CEC the documents confirming the closure of its accounts in Austria and Switzerland. The Communist party said that this data is sent to the FNS, which, in turn, had to notify the Commission. The CEC on 12 February, said that so far there is no information on the closing of Grudinina.

In on the town of Vidnoye of the Moscow region denied the statement Grudinina that on processed documents within five days and that he gave proof of closure on February 1-2.

The head a press-services of Communist party Alexander Yushchenko has called the statement of tax service about foreign accounts Grudinina untrue, saying on 14 February that “all accounts are closed and closed on time.” He noted that the status of the Austrian accounts (closed December 28th) the IRS has notified the fifth of January, and the Swiss (closed fifth January) — the second of February.