Sociologists have told about plans of Russians for rest in Russia

About 74% of inhabitants of cities-millionaires intend to 2018 to make at least one tourist trip to Russia, reported on the website of the Federal tourism Agency with reference to the study “the Plans of inhabitants of cities-millionaires of Russia for the holidays in 2018” prepared by Ernst & Young with the support of the Federal tourism Agency. 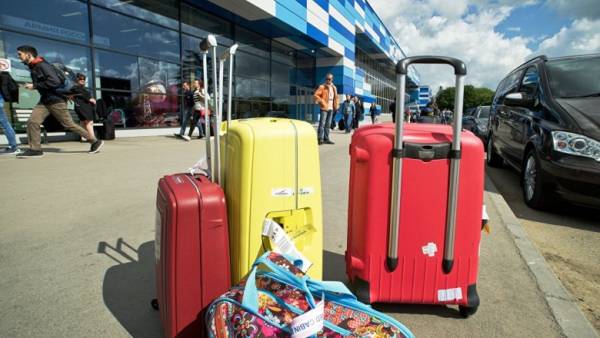 According to the survey, most respondents travel to Russia to visit relatives and friends (26% of all trips in the country), and 21% to rest at sea. While 97% of respondents plan to make at least another trip besides visiting relatives and friends. On average, those who choose Russia as a destination for travel, make four trips per year. The most popular holiday season remains the summer, this season accounts for 40% of all scheduled trips within the country.

The most popular holiday destinations in Russia, as in 2017, become the black sea coast and Sochi, including Krasnaya Polyana, they will visit more than 65% of respondents planning to stay in the country.

Also much more other directions mention tourists route “Golden ring of Russia” and the Altai Republic. Also popular among Russians enjoy the city, which will host the world football championship 2018.

In General, the number of people travelling to Russia to attend sporting events is 23% of the total number of respondents. This type of travel accounts for 13% of all trips to Russia. This kind of tourism is characterized by a smoothed seasonality and attracts young people aged 25 to 34 (29%) and people with high income level (28%). The proportion interested in attending sporting events is higher among men and 28% among women the figure is 17%.

While 64% of respondents planning to attend a sporting event while on a trip, going to visit football matches. And preferences of men and women in this issue were: football takes the first place in men (70%) and women (56%). Most of the trips to sporting events — 73% of respondents will make as fans. The number of Russians who are going to spend abroad has increased compared to 2017 from 20% to 24%.