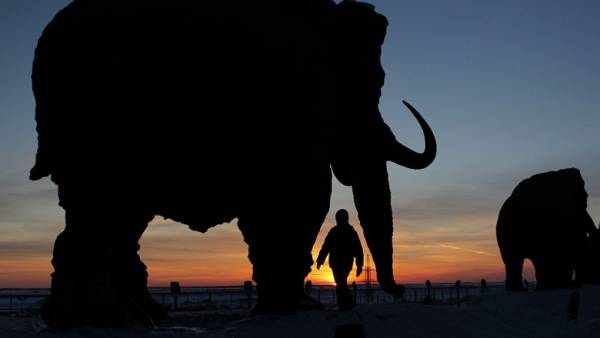 Traces of mammoths, left 43 000 years ago in the land of modern Oregon were first discovered in 2014 by a group of students led by Professor Greg Retallak. Scientists have found 117 footprints of mammoths, but they were especially interested 20 tracks.

“These prints were especially close to each other, and on the right they were deeper than the left, as if an adult mammoth was lame,” said the Professor Retallack writes Daily Mail.

According to the researchers, in spite of the illness, the animal was not alone. On the trail you can see that the mammoth has been close the other two members of the group.

“This young mammoths, which may have interacted with an injured adult female. They returned to it repeatedly throughout the trip, perhaps due to concern about her slow movement,” — said the Professor.

He notes that similar behavior can be observed in modern African elephants. Thus, the discovery made in Oregon, talks about the complex social structures at mammoth. Like their modern descendants, they were very intelligent and live in matriarchal groups.

“My planet” reported that by the end of the last ice age mammoths acquired a number of genetic mutations, that is, most likely, was the reason for their extinction. However, scientists still do not leave hopes to resurrect a mammoth using the genome of the elephant.