Media: wounded in Syria, “Russian mercenaries” brought to the hospitals of Russia

Coordinator of the unregistered party “the Other Russia” Alexander Averin has informed that the Russian citizens injured in the air strikes of the international coalition headed by the USA, were hospitalized and are in hospitals of Moscow and St. Petersburg. 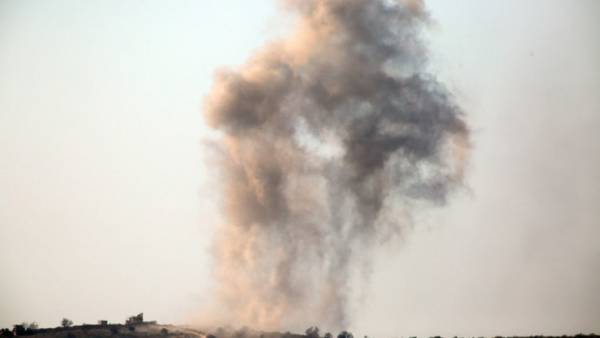 Averin said that it did not have the exact number of wounded. Earlier it became known that in Syria killed at least two Russian citizens who were not servicemen of the armed forces of Russia.

Coordinator of the unregistered party “the Other Russia” Alexander Averin said that the wounded in Syria, the Russians delivered in medical institutions of Moscow and St. Petersburg in particular — “in [the neurosurgery center] Burdenko and [Institute of surgery] Vishnevsky”. Averina statement leads RIA “Novosti”.

The exact number of victims of the air strikes of the international coalition led by the US, Russian citizens in Syria unknown to him.

There is such information [about hospitalized the Russians]. How many entered the hospital, I have no idea, I this information is not available.Alexander Overincarceration of the unregistered party “the Other Russia»

In addition, Averin has declared “to Interfax” that “knows that the wounded are in hospitals of Moscow and Petersburg”.

Monday, February 12, it became known that the activist “Other Russia” Kirill Ananev was killed in Syria in an airstrike of the U.S. air force. This was reported by RIA “Novosti” with reference to the same Averina: he said that earlier Ananiev fought as a volunteer in the Donbass on the side of the self-proclaimed DND and LNR, and then went to Syria. Also the interlocutor of the Agency noted that Ananiev was not “military personnel officially”.

“Cyril was killed by Hisham on the banks of the Euphrates as a result of the strike. Kiril Ananiev — the Muscovite, a participant in many protests, the old national Bolsheviks (NBP — banned in Russia organization “Газета.Ru”),” said Averin.

In addition, the Agency “Interfax” with reference to the website of the Baltic Cossack district reported that on 7 February died in Syria Cossack Vladimir Loginov. Logins were serving in the Armed forces of Russia, after was a law enforcement officer of the Kaliningrad region, and since 2010 worked in various security companies.

The Deputy also Asbestovskiy GORODSKOGO OKRUGA (Sverdlovsk oblast) Natalia Krylova said the Agency TASS about the death in Syria of two other Russians — residents of Asbestos Kosturova Igor and Stanislav Matveev. The same names were listed in the list of the deceased members of the “PMC Wagner” a team of activists Conflict Intelligence Team investigating military conflicts in Syria and the Donbass.