The Federation Council Committee on defense and security considered at the Tuesday meeting, the statement of the first Deputy Chairman of the Committee Franz Klintsevich with a request to release him from his post, announced to RIA Novosti a source in the Committee. 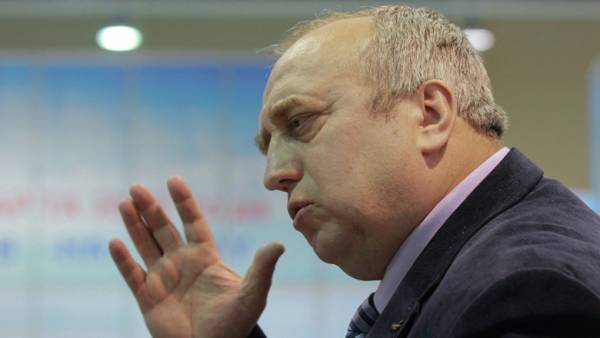 According to him, the vacant place was offered the candidacy of the Senator from Karelia Alexander Rakitin, who until September of 2017 held the position of head of the FSB of Russia in the Western military district.

Finally, these changes in the Committee will approve the Federation Council on Wednesday, the General solution of senators at the plenary session of the chamber.

On Monday, a source in the Federation Council told RIA Novosti that Klintsevich wrote a letter of resignation from his post. He will remain a member of the Committee as an ordinary Senator from the Smolensk region. The Agency’s interlocutor said that the place Klintsevich is Rakitin.