MOSCOW, February 13 — RIA Novosti. Ex-Director of Shell Jeroen van der Veer said that he is the source of the story about a meeting with Russian President Vladimir Putin at his dacha in 2006, which told the foreign Minister of the Netherlands Halbe Zijlstra however, the Minister incorrectly interpreted the words of the Russian leader, according to the newspaper Volkskrant. 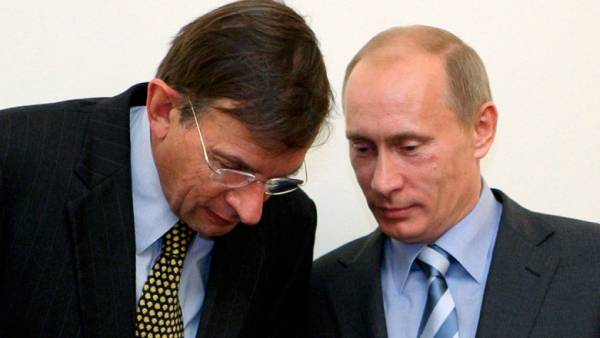 Zijlstra informed in interview to the newspaper Volkskrant said that he lied about the presence at the meeting with Putin at his dacha in 2006. Since 2014 he has repeatedly stated that during this meeting personally heard Putin called Byelorussia, Ukraine, Baltic States and Kazakhstan parts of the “great Russia”. In a new interview, the Minister said that he invented the fact of his presence, because he was trying to protect the real participant stories, from which he heard the information.

According to the businessman, it is logical that the Minister took transmitted to him the words of the President of the Russian Federation as the desire to affect the territory of the former “great Russia”. He stressed that it is not interpreted Putin’s words “in an aggressive way.”

The Prime Minister of the Netherlands said earlier that the Minister acted “unreasonably”, but will remain in his post because the content of history is not disputed. The opposition party of the Kingdom criticized Telstra and demanded to discuss the incident in Parliament before the meeting of the Minister with the head of the Russian foreign Ministry, which is planned for this week.

Zijlstra said that he regretted his decision to lie about the meeting with the President of Russia and has no objection to the opposition’s demands to hold on this incident the debate.

Earlier, the Russian foreign Ministry said that Zijlstra visit on 14 February Russia and will meet with the Minister of foreign Affairs of Russia Sergey Lavrov. The Russian foreign Ministry said that the Ministers intend to discuss the state of Affairs in relations between the two countries that in “recent years have not been easy” and “marred unleashed in the Dutch media, an unprecedented anti-Russian campaign.”

CNBC: OPEC Secretary General received the word of Putin, that Russia will not flood the market with oil