Peskov denied the accusations Rodchenkova and pointed to his mental illness

The words of the informant, the world anti-doping Agency (WADA) Gregory Rodchenkov not credible, including because of his mental state, said press Secretary of the President of Russia Dmitry Peskov. His words on Monday, February 12, the correspondent “Tapes.ru.» 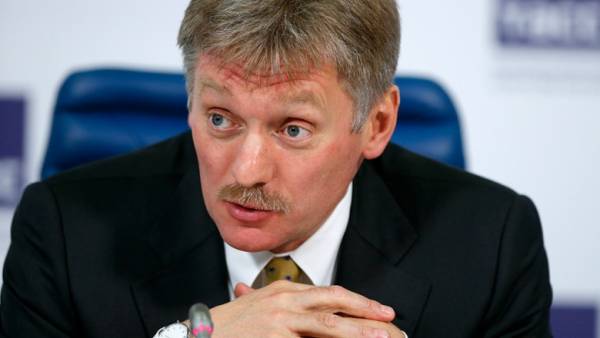 “Such insinuations and statements of the man who, even in the film, so to say, naked eye visible as a person suffering psychological and may be and mental problems, can hardly be taken seriously,” — said Peskov.

A Kremlin spokesman said that “any allegations against our country are groundless”, and the words that were said about President Putin, “are nothing but a lie”.

Earlier, the former head of the Moscow anti-doping laboratory Rodchenkov gave an interview to the American TV channel CBS, where he spoke in detail about the allegedly existing in Russia state support of doping. According to him, the former Minister of sport Vitaly Mutko reported everything to the President of the country Vladimir Putin.

“Whether Putin is aware of the support doping? Yes, I believe in it. Moreover, Mutko told me that Putin was constantly concerned about the state of preparations for the 2014 Olympics in Sochi if we have any problems and whether we need additional support,” said Rodchenkov.

In Sochi, Rodchenkov says he was helped by the Russian intelligence service, the FSB. An agent posing as a plumber would help open “tamper-proof” bottles and replace dirty urine with clean urine frozen before the Games. pic.twitter.com/9N0MZe3Vs3

Fled to the United States Rodchenkov was the informant WADA in 2016. Passed them information formed the basis of the investigation against the use of Russian athletes banned drugs at the Olympics in Sochi. One of the consequences was the decision of the International Olympic Committee (IOC) to suspend the Russian team from participation in the Olympics in Phenchhane.