The U.S. gave Egypt a billion dollars to the fight against terrorism

CAIRO, February 12. /TASS./ Washington has provided Cairo one billion dollars for the fight against terrorism. This was announced Monday in Cairo at a joint press conference with foreign Minister of Egypt Sameh shoukry, U.S. Secretary of state Rex Tillerson. 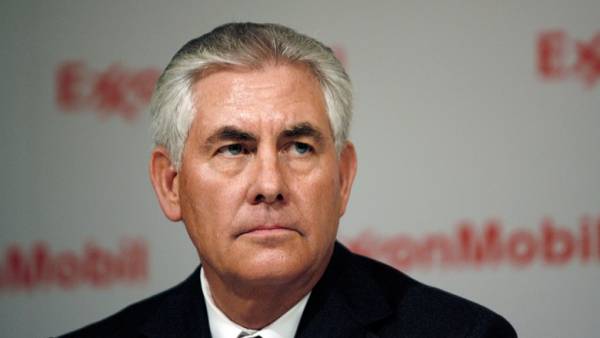 “Washington has provided Cairo with billion of dollars to increase the military potential of countries to counter terrorism, he said. — We stand on the side of Egypt in its war on terror and continue our close cooperation in the fight against terrorism.”

Annual U.S. military aid to Egypt is about $1.3 billion over the last 30 years within the military and economic aid to Cairo, Washington has allocated a total of $80 billion. However, in August last year, the US announced its intention to reduce the military component of 195 million dollars due to violations of human rights in this country.

As stated by the then Department of state, Cairo needs to demonstrate progress in protecting human rights, including the repeal of the law restricting the work of non-governmental organizations. According to the Egyptian Minister, the human rights topic was discussed in Monday’s talks in the Egyptian capital.

As announced at a press conference in Cairo and Washington agreed to establish a mechanism of bilateral cooperation in the format of “two plus two”, which will be regular consultations of foreign Ministers and defense Ministers of the two countries.

The first round of strategic consultations in this format can be held in the second half of this year, said shoukry. The same format of strategic dialogue for several years effectively apply Moscow and Cairo.