Cargo to the ISS will connect to the Internet of things

Each subject will be equipped with RFID tag to communicate with a common information base station. 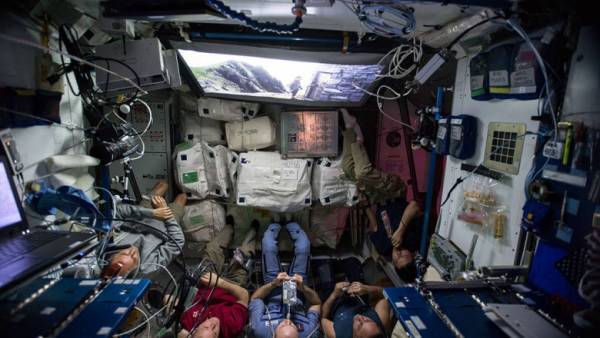 On the International space station (ISS) will test a new system of cargo storage with the use of the “Internet of things”. In the rocket-space Corporation (RKK) “Energy” developed “smart shelves”. These devices alone account for items which they are placed. The novelty will allow astronauts to quickly find the desired object and will speed up the processing of the imported goods, freeing up precious space time for more creative tasks. The prototype will be sent to the station this fall. To start “smart” will make the orbital kit.

As told “Izvestia” in the rocket and space Corporation “Energia” (RSC — company-the operator of the Russian segment of ISS), the station will test a new system of storage and inventory of goods based on the concept of “Internet of things” (Association informational network objects of the physical world). To do this, the goods will be equipped with RFID tags using RFID technology (Radio Frequency IDentification). They will be fastened to the objects still on the Ground.

Each cargo vehicle to the ISS arrives a significant number of items. A list of the equipment stored in the Russian segment, has 7 thousand items.

Now all the objects on the ISS, including in the U.S. segment of the station, inventarised with him glued to the barcode. The astronauts during the unloading of a transport spacecraft “Progress” manually read those codes and using laptops to note the storage location in the database.

This manual work takes the crew a lot of time. In RKK “Energy” has decided to accelerate the process and free up valuable time astronauts for more significant tasks. This was developed for the “smart shelf” — a special device with RFID reader. Such a system of accounting subjects will be tested beyond Earth for the first time.

The astronauts made a pizza to the ISS

In the experiment with “smart shelves” will be developed using the application at the station of miniature radio tags that allow to facilitate the work of astronaut in space information about each piece of equipment when unloading and storage will be automatically entered in the database, — told “Izvestia” in RKK “Energy”.

The first “smart shelf” is already manufactured and tested at the plant. In October 2018, it will be delivered to the ISS and used for storage drugs and medical tools. Previously “Izvestia” were told that around this time of orbital first-aid kit will be completed with the new drugs.