Israel shot down over its territory Iranian drone

The IDF also said that the strike was carried out on Iranian targets in Syria. 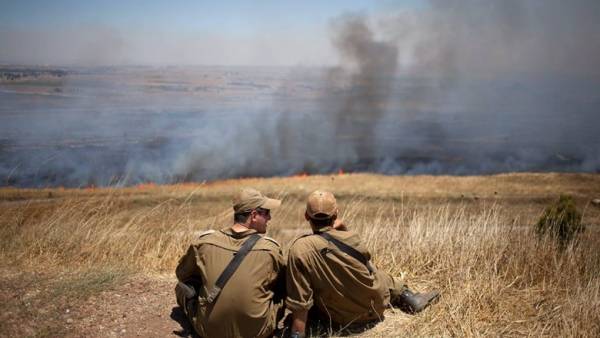 TEL AVIV, February 10. /TASS./ An Israeli helicopter on Saturday shot down an Iranian unmanned aerial vehicle (UAV) intruded into the country’s airspace from Syria and struck targets in Iran in the Arab country. About it it is spoken in arrived on Saturday in the mission of the TASS communiqué of the press service of the defense Army of Israel.

“Military helicopter successfully intercepted an Iranian UAV that was launched from Syria and entered Israel, the military reported. — The device was identified by air defense systems at an early stage and had been under surveillance to intercept”. “In response, the IDF bombed Iranian facilities in Syria,” — said in the army press-service.

In a military communiqué States that “the sirens deployed on the Golan heights, are the result [start] Syrian anti-aircraft missiles.”

“The IDF will continue to act against any attempts to infiltrate Israeli air space and will decisively stop any attempts to violate Israeli sovereignty,” stressed the military. The press service added that “the incident is not yet exhausted.”