TEL AVIV, February 10. /TASS./ Israeli F-16 fighter jet crashed Saturday in Northern Israel, the pilots are saved. This was reported by the official representative of army of defense of Israel Jonathan Conicus. 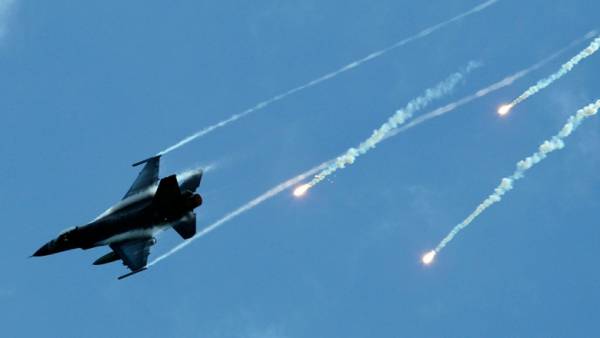 “The Israel defense forces struck at the Iranian checkpoint, which sent an unmanned aerial vehicle into Israeli airspace — he wrote in Twitter. A massive salvo of Syria’s air defense, one F-16 fighter jet crashed in Israel, pilots safe.”

Conicus added that “the responsibility for a gross violation of the sovereignty of Israel lies on Iran”.

“A precise hit on the Iranian point of control of the UAV in Syria is confirmed,” — later pointed Conicus.

According to the data received in the representation of the TASS communiqué of the press service of the defense Army of Israel, F-16 fighter jet of the Syrian air defense was running a few anti-aircraft missiles.