The court explained the imposition of the White indictment

Moscow. 8 Feb. INTERFAX.RU — Presnensky court of Moscow “in connection with the increased attention of the public and the media” published arguments, in his opinion, about the guilt of the former Governor of Kirov region Nikita Belykh. 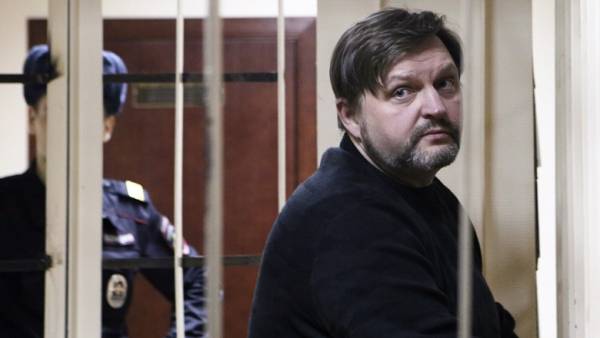 In the press-service of the court stresses that in the course of the proceedings the White “the first instance court reviewed all the presented prosecution and defense evidence and arguments”. In addition, the report explained that responsibility for bribery comes irrespective of when has received a bribe, and whether the actions it agreed in advance.

The crime is considered ended from the moment of accepting at least part of the bribe. It does not matter whether the officer the opportunity to use or dispose of the resulting bribe at his discretion.Court

February 1, Presnensky court of Moscow found White guilty of receiving 400 million euros from businessman Yury Sudheimer and sentenced him to eight years imprisonment with a penalty of twice the amount of the bribe is 48.2 million roubles, and also banned him for three years to hold state and other positions.

The court acquitted the former Governor on the second charge of receiving a bribe of 200 thousand euros in the spring of 2012. Also, the court has not found in actions eks-the Governor signs the extortion of bribes.

As the court noted, the punishment was assigned “given the nature of the offense, but taking into account the identity of the defendant, previously convicted, characterized by positively and his health condition”.

White himself denies guilt and considers himself a victim of provocation of special services.

Earlier on Thursday the sentence of ex-governors have been appealed.