In an interview with Fox News U.S. Secretary of state Rex Tillerson said that the us authorities will be difficult to prevent interference by Russia in mid-term elections to Congress in 2018, but warned Moscow about the possible consequences. In addition, the head of foreign policy Department of the USA has accused Russia that it has not fulfilled its obligations to destroy chemical weapons in Syria. In turn, the permanent representative of Russia Vasily Nebenzia rebuked his opponents unwillingness to conduct impartial investigation of facts of use of toxic substances. 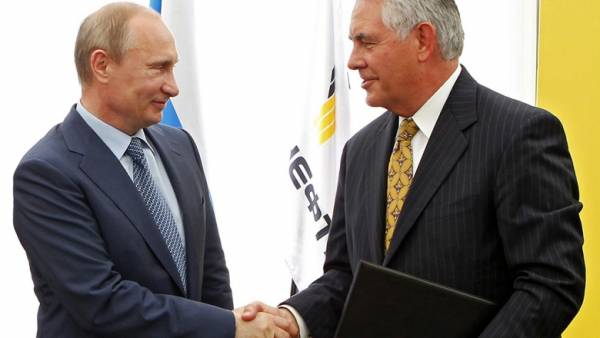 During his visit to the capital of Colombia, Bogota, U.S. Secretary of state Rex Tillerson, gave an exclusive interview to TV channel Fox News, which once again sounded the theme of a hypothetical intervention of Russia in the midterm elections to Congress in November 2018. The head of American diplomacy said that now the United States is prepared for such development of events better than during the presidential campaign of 2016.

If they (Russian.— “”) Has the intention to intervene, they will find ways to do it. We can take steps, but if they one day decide to go for it, to prevent them we will not.

“I think it is important to continue to tell Russia: keep in mind, you are mistaken if you believe that we see nothing. And you should stop. If you do not stop, then you will continue to incur the consequences on their head,” said Mr. Tillerson.

Further, the U.S. Secretary of state raised the issue of Russian presence in Syria.

They support the Assad regime, they provide the regime with air support. Russia is responsible, they have agreed to take action against chemical weapons in Syria, but obviously didn’t.

“Russia should really change its position on this issue. They may deny it, but facts are facts,” said Rex Tillerson.

On Monday, the UN Security Council held an open meeting on the issue of chemical attacks in Syria, which diplomats of the US, UK and France made the traditional accusations against Damascus. The permanent representative of the Russian Federation Vasily sebenza rebuked Western opponents unwillingness to conduct impartial investigation of attacks using toxic substances. As noted by the head of the press service of the Department of state Heather Nauert in a statement, the administration of President Donald trump alarmed by the information about the new case of the use of chlorine gas by the Syrian authorities, “this time near the city of Saraqib in Idlib province”. “It’s a gas attack — the sixth such case in Syria, which was reported in the last 30 days,” added Mrs. Nauert.

In a statement the foreign Ministry of the Russian Federation of 24 January stated that “a number of senior US officials made defamatory accusations against the Russian Federation and the Syrian Arab Republic, trying to place the responsibility for incidents involving the conflict in this country of chemical weapons on Moscow and Damascus.”