The investigative Committee of Russia (TFR) has published on YouTube a video of the searches of one of the arrested high-ranking Dagestani officials. In whose it is the house made the video, not reported. 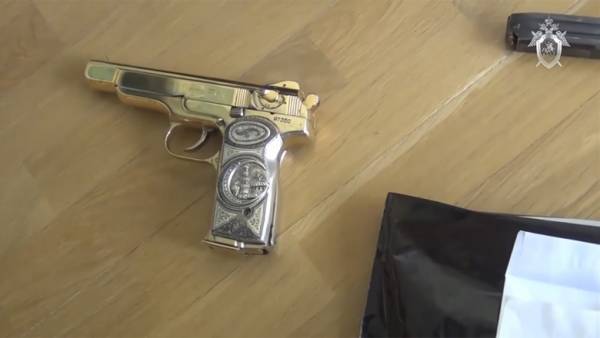 For the record, I see a big stone house overlooking the city and mountains, with columns at the entrance and fenced terrace. Inside the building hung the skins of animals. During a search the staff of the RCDS find two assault rifles and three pistols, one of which has gold-plated highlights.

Earlier in the investigation of cases of embezzlement of funds allocated from the budget of Dagestan Republic for the implementation of social programs, the court arrested the former acting Prime Minister of the Republic of Abdusamad Hamidov, the two Vice — Shamil Isaev and Rudina Yusufov, former Minister of education of Dagestan Sahabas Yadav. Earlier it was reported that during searches of Abdusamad Hamidov was withdrawn gold a TT pistol, Beretta pistols and the PM, two Kalashnikov assault rifles and ammunition.