According to sources, in the Republic completely replaced the personnel at the police posts. 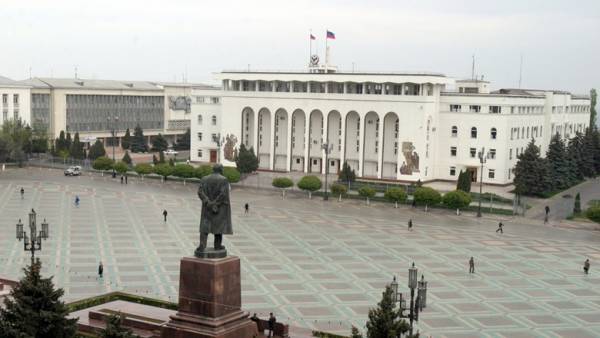 Representatives of the interdepartmental Commission sent to Dagestan with the aim of decriminalizing the region, together with employees of the Central apparatus of Federal law enforcement agencies, conduct large-scale excavation documentation in almost all structures of the Republic, have informed “Interfax” a few informed sources.

“In the last days almost all the ministries and services of Dagestan are the seizure of documents within investigation of criminal case about plunder of the region allocated budgetary funds”, — said one of interlocutors of the Agency.

According to the source, these steps are carried out in the framework of the task of decriminalizing the power structures of the Republic. According to him, the activities carried out by the representatives who arrived from Moscow interdepartmental Commission headed by Deputy Prosecutor General Ivan Sydoruk.

Another source said that the staff of the Central office of the Prosecutor General, the Investigative Committee, the FSB and the interior Ministry carried out the excavation including the regional Ministry of Finance, Ministry of health, the education authorities, the office of bailiffs, and other law enforcement agencies, including city and even regional divisions.

Completely replaced the personnel on the posts of road patrol service. Instead on duty exposed aggregate group of police and Regardie seconded from other regions in Russia, told the news Agency.

“Interfax” has no confirmation of this information from official sources.