Moscow. 6 Feb. INTERFAX.RU — the Detention of high-ranking officials in Dagestan is the result of systematic work of law enforcement agencies, and the resignation of the Republican government does not indicate the political crisis in the region, told reporters on Tuesday, press Secretary of the President Dmitry Peskov. 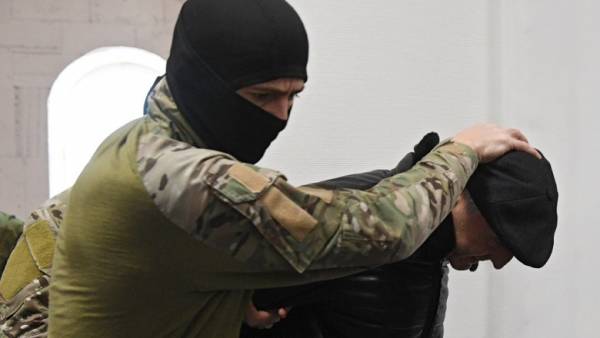 “Of course, the President was reported on the actions of law enforcement agencies in respect of such senior representatives (regional authorities), and the rest is a question of law enforcement bodies”, — said Peskov, answering the question, does the President of the Russian Federation Vladimir Putin about the anti-corruption operation in Dagestan.

On a question, consider whether in the Kremlin, the situation in Dagestan and the resignation of the regional government as a deep political crisis in the country, Peskov said:

This is not a political crisis, a continuation of the work of law enforcement agencies. This problem is not the same region, such actions took place across the country.

He stressed that “this system work in all regions, and where necessary, such actions are carried out”. “The President has repeatedly said that it is not kompaneyschina, and consistent and systematic work,” concluded Sands.

As reported, before he was arrested, the acting Chairman of the government of Dagestan Abdusamad Hamidov, two of his Deputy Shamil Isaev and Rudin Yusufov and former Minister of education of the Republic of Sahabas shahs. They were later taken to Moscow, where they were charged with fraud amounting to more than 100 million rubles.

As expected, on Tuesday, the Basmanny court of Moscow will consider the question on their arrest, the investigation is already addressed with the corresponding petition. Meanwhile, on Monday the acting head of Dagestan Vladimir Vasilyev dismissed the government of the Republic and the next day suggested the candidacy of the Minister of economy of Tatarstan Artyom Zdunov as Prime Minister of the region.