Who gum who Burger: that could buy a policy instead of collecting signatures 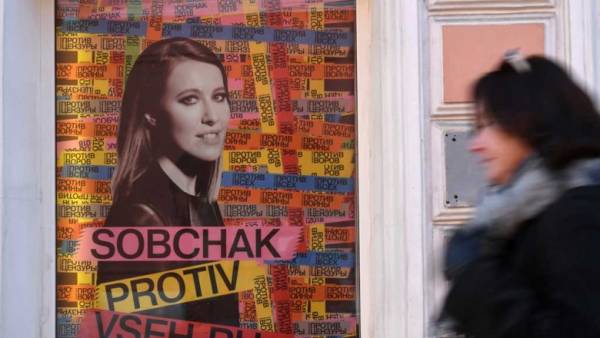 Only the CEC adopted the signature from the six candidates. Two candidates who probably will get into the papers — Pavel Grudinin from the Communist party and Vladimir Zhirinovsky from LDPR — signature under the law to collect should not.

Bi-bi-si have examined the financial statements of presidential candidates published by the Central electoral Commission, considered, how many candidates treated each signature, and compared these costs with the cost of popular items.

It turned out that official spending on their own nomination of candidates differ in dozens of times.

The most expensive signing cost Grigory Yavlinsky, nominated by the party “Yabloko”.

He spent 20.6 million rubles, and 20.4 million of them — for the services of collectors.

Yavlinsky handed over to the CEC 105 thousand signature sheets: on average cost him 196 rubles. This roughly equals the cost of a Burger “Western gourmet”.

In party “the Apple” is about 28 thousand members. If Yavlinsky did not go to the polls, and would have spent the money on burgers, each member of the “Yabloko” has got to be at least three.

The cheapest signature — the leader of the national conservative party “Russian people’s Union” by Sergei Baburin. To collect 104 902 signatures candidate Baburin, according to the report, spent 311 thousand rubles. Collectors of signatures, according to the official report, worked for free.

Former Deputy speaker of the state Duma, Baburin, having refused from participation in elections, could buy 104 thousand chewing gum “Turbo”, popular in the nineties, when he worked on hunter’s row.

The candidate from the “Communists of Russia” Maxim suraykin spent on signature a little more Baburin — one cost him 3 rubles 96 kopecks. He passed in CEC 104 918 petitions, spending on their collection 415,8 thousand rubles. The money suraykin could spend on 104 918 boxes of matches, enough to kindle the fire of the world Communist revolution.

Business Ombudsman Boris Titov, if refused signature collection, the collected funds could help the entrepreneurs who left Russia and ended up in jail.