Archaeologists have discovered a “draft” of Stonehenge

A team of archaeologists from companies Wessex Archaeology have discovered an ancient building in the small English town of Larkhill, which is 2.5 miles from Stonehenge. Found columnar pit copy the location of the stone pillars of the ancient monument. About it reports The Guardian. 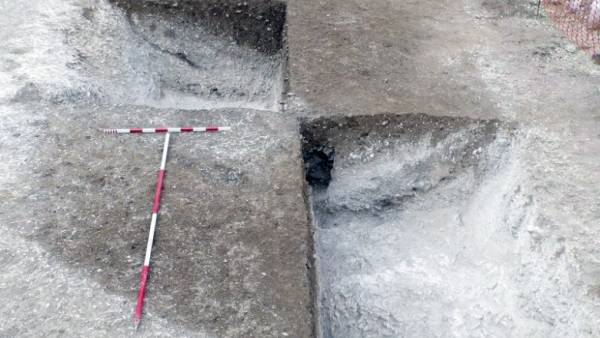 The construction in the form of a plurality of intersecting ditches and embankments on the site of Larkhill Wessex Archaeology found in 2016 and found fragments of cow bones, and ceramic bowls of human skulls allowed the researchers to conclude that the building was used as a ritual center. Its construction is dated between 3650 and 3750 years BC.

Recently, archaeologists under the leadership of si Cleggett (Si Cleggett) found in the excavation of nine pole holes: according to the researchers, arranged in a circle pit copy the orientation of the stone pillars of Stonehenge in relation to the position of the Sun during visits and sunrises of the winter and summer solstices. However, the researchers did not specify the size of the detected holes and the distance between them, so you can not say anything about the scale of the structure was found compared to Stonehenge.

Archaeologists have suggested that the builders of the ancient structures on the territory of the Larkhill could attach the arm and to the construction of Stonehenge — at least, given the long time period between the construction larkinskoe ritual center and the ancient monument to its early planning.

It is believed that the stones used to build Stonehenge were brought from Wales quarries that were located more than 200 kilometers from the place of erection of the monument.

In 2016 the British students conducted an experiment, during which tried to find out how many people were needed to carry one stone: turned — on five less, than previously thought.