The age of man: when it began and when will end

Scientists have proposed to introduce into scientific use a new geological era — the anthropocene, that is, the era of active human impact on the planet. Here only it is unclear what exactly to count. 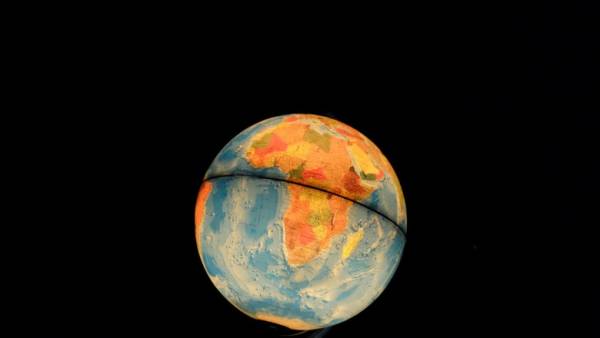 MOSCOW, 5 Feb — RIA Novosti, Tatiana Pichugina. Scientists have proposed to introduce into scientific use a new geological era — the anthropocene, that is, the era of active human impact on the planet. Here only it is unclear what exactly to count.

Anthropogenic activity is now recognized as a force that deeply and permanently changing the earth system. This indicates that we have entered a geological epoch dominated by man, “the anthropocene,”researchers at the University of New South Wales (Australia)Scientific Reports

Studying annual rings of trees on Campbell island in the Pacific ocean, scientists have discovered that in the atmosphere from 1950 to 1960-e years was an unusually high number of radioactive carbon isotope C-14. According to the authors, this is due to the nuclear tests. Their peak occurred in October-December 1965 and coincided with the explosive growth of industry in the Northern hemisphere. This point I propose to consider the beginning of the anthropocene.

Traces of nuclear explosions can be found everywhere — in soil or in ice. But geologists need something more stable than the soil that is constantly changing and the ice is able to melt. Need to the anthropocene shone in the rocks forming the earth’s crust. The problem is that it takes tens and hundreds of millions of years, and people in General there are only a couple of million years.

But the world already has the minerals formed from -. For example, on the seabed — a result of the decomposition of a metal plating of sunken ships. Fossilized bird droppings, treated with hot gases from coal mines, became tinnunculus. Just counted more than two hundred minerals, formed as a result of human activities, but still it’s not enough to mark a new era.