The court overturned the arrest of doctor Elena Mishurina

MOSCOW, 5 Feb — RIA Novosti. The Moscow city court until the sentence comes into force canceled the arrest of the doctor-hematologist Elena Mishurina, sentenced to two years in prison for the death of the patient, the correspondent of RIA Novosti news from the courtroom. 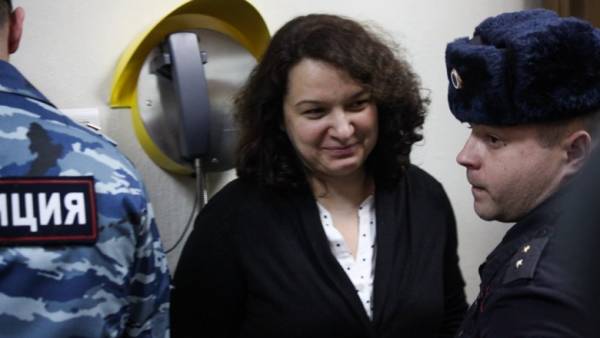 In jail Misurino entered into after the judgement of the court of first instance. Thus, the appellate court decision in her case (date not yet assigned) Misurina will now wait for the house.

The incident that gave rise to the criminal case, occurred in July 2013 in a private clinic on Union street. According to the investigation, conducting trepanobiopsy (taking samples of bone marrow and bone tissue), Misurina damaged blood vessels of the patient, who a few days died. The consequence considers that Misurina “violated the methods, tactics and techniques of execution” procedure.

In January of 2018 Cheremushkinsky court of Moscow has sentenced a doctor to two years in prison. The defence appealed this decision.

Misurino the verdict caused a wide resonance. The requirement for reconsideration was signed by tens of thousands of people, including doctors, doubted that the actions of the physician led to patient’s death.

An opinion was expressed by senior officials in the capital. The Deputy mayor Leonid Pechatnikov has called the accusation “absurd” and the head of the city Sergei Sobyanin urged to understand the situation “objectively and correctly as possible”.