Russia took the 89th place in the ranking of the rule of law. These are the results of the index of the independent international organization World Justice Project, which is compiled every two years. 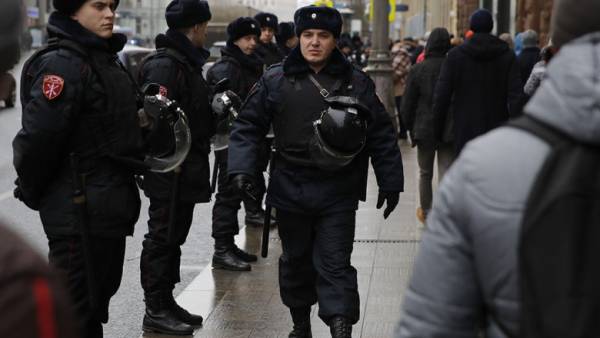 First place was taken by Denmark, the second — Norway, and the third — Finland. Also in the top ten most prosperous in the sphere of the rule of law includes Sweden, the Netherlands, Germany, New Zealand, Austria, Canada, Australia and the UK. The United States was on 19-th row.

Russia has risen three points from 2016 and left behind 24 countries, including Dominican Republic, Uzbekistan, Mexico and several African countries, but around most of the countries of the former USSR are unable: Georgia is ranked 38-th place, Ukraine — 77-e a place, Belarus is 65th, Kyrgyzstan — 82-e a place, Kazakhstan — 64-e a place. Closes the rating of Venezuela (113th place).

Organization World Justice Project was founded in 2006 to research the situation with the rule of law in various countries.

According to the report, the index is tailored to the eight key indicators: absence of corruption, openness of the state, rule of law and security, protection of fundamental rights, regulatory enforcement, civil justice, criminal justice and limiting the powers of the institutions.

Earlier it became known that, according to the rating of the international non-profit organization development and accessibility of the World Wide Web Foundation, Russia was the first among the CIS countries on the openness of criminal statistics: this is possible thanks to the “Public portal of legal statistics” (crimestat.ru), established by the attorney General.