Educational program for seniors. What to do to not spend the rest of his life in poverty

According to the Pension Fund of the Russian Federation, at the end of January “refuseniks” had accumulated 8.3 thousand people. They can only rely on a social pension. But it still should not just live to work. 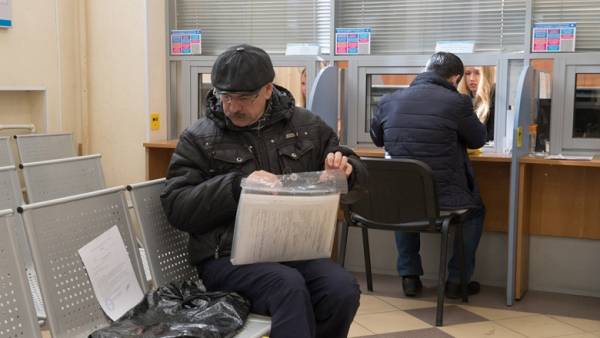 I need to do now to the time of retirement to receive full payment?

On the threshold of poverty

In Syzran Samara region in 2017 without insurance old-age pension because of lack of experience or points were 75 people in the Perm region — 202 people in the Altai territory — more than 1,000 older people. And this situation across the country. Why in old age people lose their livelihoods?

In 2017 to receive the insurance old-age pension it was necessary to have the insurance experience (period during which there were contributions to the Pension Fund) at least 8 years and accumulate more 11.4 points. All who refused to pensions, the desired threshold could not overcome. Ivan Lebedev from the Altai region worked on the farm for 7 years. But my mother had a stroke, and for many years he was forced to care for her, by resigning. Lived on mother’s pension and housework — vegetable garden and chickens. Now the man is 60 years, and any time, any points he had accumulated.

Like other objectors, Ivan can only rely on a social pension that is much less than insurance.

To the pension Fund in the Perm region, told other sad stories of refuseniks. Svetlana Tretyakova Institute never finished — even during his studies, got married, had a child, a few years second… When the children grew up, vegetables were sold in the market but not officially processed. The result of 8.1 points per period for the care of children is, and the experience there at all. Elena Vorobyeva worked all my life in a cafe. In 90-e years it was bought by a private owner and began to pay the salary “in envelope”. 55 women had 12 years of experience gained in the Soviet era, but points are generally not accumulated, because the income was illegal. The Pension Fund also launched with the words “the Pension is not earned”.

Had to deny and military retirees. If earlier for receiving the second “civilian” of the pension they had to work only 5 years, now, as to all other citizens, they impose new requirements on seniority and points. To 60 years they have not had time to accumulate, so the second pension is not received. FIU in the Perm region

In fact, in 2017 the pension refused a much larger number of people. The fact that the statistics of refusals includes only applicants for old-age pension on General grounds. And then there are “dorozhniki”, which is due to the harmful and special conditions of labor have the right to retire 5 years earlier — women at 50, men at 55. 30% of all pensioners, they often refuse to assign preferential pensions.

For example, now more than a dozen former employees of Kurganmashzavod suing FIU: they believe that have developed a harmful experience, and the Pension Fund needs to provide help, “documenting permanent employment in sea trials of armored vehicles in the road conditions.” Where to get such information, workers are not present.

Resident of Penza, Vladimir Khokhlov, the spent many years as a welder at the plant of concrete products, the FIU is also refused a reduced pension.

As it turned out, the personnel officer incorrectly recorded in the workbook men his specialty (this is not included in special lists, giving the right to early retirement), and this unfortunate mistake turned into a denial of the pension. Ukrainians filed into court and have achieved the same retirement 5 years earlier.

Another common cause of failure in early retirement — medical and teaching staff of the FIU are not included in the length of training courses, which are required for doctors, nurses and teachers.

So, in 2017 the nurse Leumi of the Republic of Komi L. Veliaminovo the grace period is not read out of school and two maternity leave, and the teacher V. Philippi from the city of Kanash in Chuvash Republic — training courses and military service. In order to achieve prescribed in law early retirement, both had to go to court.

Many pensioners who still gave a pension insurance, are faced with another problem — they read not all periods of employment and earnings from which the pension is much less than it could be. For example, Nikolay Ivanov, the Pension Fund did not take into account large income, which he received in 1975-1978. working on the Islands of the Arctic ocean.

“When I asked for help on the earnings, got the answer that all account burned and nothing can be done — wrote about the trouble in the “AIF” retired. — Destroyed the pension rights of many citizens, but no one cares! I have a year in correspondence with the Central office of Roshydromet in Moscow and its regional office in Arkhangelsk. In the last letter I was informed that there is no information about seniority in the hydro-meteorological service and documentary evidence or official polar allowances. While I have a labor book, which reflected the fact that my work on the polar stations! It turns out the documents that should be kept in the archives for 75 years, disappeared, and no one has been held accountable”.

Talmenka a resident of the Altai region V. Kuznetsov scored in 2017. insurance old age pension, but several hundred rubles were missing, she refused to turn to experience a whole year of work. The reason — the old mistake of the employee of the personnel Department. September 2, 1988 she took a job as a flower girl in Tal RPU (regional industrial administration) other consumer services, and on September 26, 1989 retired already from Tal RPO (regional production Association) consumer services. The company was reorganized, however, the personnel officer next to the entry, “Dismissed at own will” stamp with the old letter “RPU”.

The difference is in one letter, but now, 30 years later, it led to the reduction of the pension amount.

The pensioner had to go to court to seek witnesses-colleagues who worked with her at the time, to prove his innocence… luckily, the court sided with the women.

“What I will tell happened not only with me but with a large number of other people, — says the pension problem Natalia Zlobina. Two years ago it was time for me to apply for a retirement pension. I wasn’t expecting any difficulties — because all my life I worked in reputable organizations. Experience of 33 years. All employment records are present, the seals are. Collected papers, through the website of the FIU made an appointment. And I heard: “We give you these 8 years to deliver a work experience can not!» — «How?”— “And you have here in 1994, the seal is stamped, it says: “the State Committee of the USSR on Affairs of publishing houses, polygraphies and book trade. Publishing house “Russian language”.

But in 1994, the Soviet Union was gone. Then print invalid and a record of your work, too.

“What do you do? The publisher no longer exists.” — «Know nothing. Search the archives and confirm…” Calling former colleagues in the magazine. All the same story. For print with the word “Union” they have lost many years of work experience. To prove to FIU, I worked in the magazine, I failed. I asked how much would be my pension, if I read all the years of experience. “Thousands of 4-5″ — was the answer. Multiply this amount by all, whom the Soviet press in labour delivered after 1992 and who has failed to prove that they worked! I can only imagine how cheated people in the whole country!”.

Who is likely to remain in poverty?

In 2017 the pension came men 1957 born and women born in 1962. Many of them managed to produce the desired experience in the Soviet era. What will happen to the next generation, a career which came at the rampant shadow economy?

The number of failures in the appointment of insurance old-age pensions will only increase. The people who worked in Soviet times when everyone was employed, officially, to a lesser extent face the problem. But a new generation, especially people who have worked illegally, risks to remain without pension insurance. Very soon to receive it will have to have a minimum of 15 years experience and 30 points.Mr Naturaldizastor Scientific-research financial Institute

“In the 90-ies of the enterprise stood, they received a meager salary or not had it at all and was moonlighting on the side, but their employment record was in the personnel Department and the experience went. That all changed in the 2000s. the Youth decided to do earn money in any way. A “white” or “black”, if you couldn’t share them with the Pension Fund — what’s the difference? — said the rector of Academy of labour and sootnoshenii Alexander Safonov. — People who have worked and continue to work in the informal sector, risk being left without insurance pension. Today, most “black” wages among construction workers, repairmen, taxi drivers, carriers, hair stylists, designers… These workers are not officially employed, which means that the contributions no one pays for them. And the culprit is not so much their greed as the state of the economy, the labour market. Individual entrepreneur, who is working the same repairmen, maybe I would have been glad to pay the fees, but if it all payments will be paid, it just broke”.

According to Fes, in the shadow of the works of 15.4 million people. Some experts put the figure at 20 and 30 million people. If they will receive a salary in an envelope, then in his old age without pension.

In the result, the desired points with the income people and not to gain. The same goes for individual entrepreneurs, farmers and other self-employed. Even if they regularly pay the premiums, deductions enable them to earn less than 1 point a year to dial the desired number, we have to work 35 years.

“The problem is exacerbated by the fact that the minimum length of service for a pension increase, says Safonov. — While it was set at 15 years, and can raise up to 20. And then an even greater number of people likely to remain without a pension.”